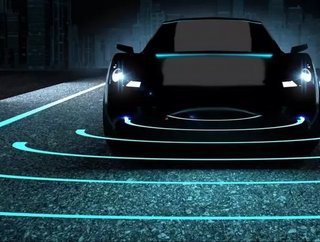 Magna International Inc., a Canadian leading global automotive supplier, has announced its latest entry into the market of autonomous car technology with the release of its MAX4 self-driving platform.

MAX4 uses camera, radar, lidar and ultrasonic sensors within its computing platform, designed to be flexibly integrated into existing and future autonomous vehicles including electric and hybrid automobiles.

The key difference in the MAX4 engine compared to other platforms is its ability to tailor to the vehicle, rather than the vehicle tailoring to MAX4, as Magna’s Chief Technology Officer Swamy Kotagiri explains:

“At the heart of this development is a desire to show the market Magna's breadth of capabilities and an autonomous driving enabling platform with subsystems that do not compromise the interior and exterior of a vehicle.”

“Our focus is on developing production-ready solutions that offer flexibility to integrate and the framework to enable Level four technology for when the market is ready.”

The release of Toronto-based Magna’s MAX4 has been touted as ground breaking for the Canadian autonomous vehicles industry. Whilst the sector is primarily being driven by traditional tech countries such as the Japan and the US, Magna’s entrant has placed Canada on the map in a market that is gaining traction from the likes of Google, Apple, Intel and other technology giants.

“The more we do now, the more government supports the development of technology companies, [and] the bigger our slice of the pie will be,” said Paul Godsmark, Chief Technology Officer for the Canadian Automated Vehicles Centre of Excellence.

“We are clearly supporting companies that are near the forefront of what's going on.”

With a greater national focus, Canada could be in a strong position to become a global leader in the autonomous vehicle market, with participants including Magna, Blackberry and General Motors.