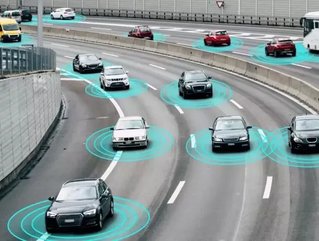 Four trends are disrupting how we move about in ways not seen for 100 years: autonomous driving, connectivity, the electrification of vehicles and shared mobility. We call this mobility’s “second great inflection point”. These are some of the implications for the C-suite.

Today, nearly every auto OEM and major supplier has an Autonomous Vehicle (AV) project in the works, and dozens of traditional competitors vie with tech upstarts for pole position. The McKinsey Center for Future Mobility estimates that revenues associated with AVs in urban areas could reach US$1.6trn a year globally in 2030—more than two times the combined 2017 revenues of Ford, General Motors, Toyota, and Volkswagen.

The effects on society could be more transformative still. If the United States fully adopted autonomous vehicles, the benefit to the public would exceed $800bn a year in 2030 as a result of redeveloping unnecessary parking spaces, more productive commuting time, and safer roadways (avoiding the millions of fatal and non-fatal accidents caused each year by human error). A comparable analysis of Germany showed that self-driving vehicles could save the country $1.35bn a year by 2040 through lower costs for hospital stays, rehabilitation, and medication alone.

However, not all the second-order effects of an AV-driven future are as unambiguously positive as saved lives. The insurance industry could face disruption if revenues from premiums shrink and new issues of liability arise.  And energy consumption would rise as self-driving cars, despite their efficiency, tap new pools of latent demand. Most worryingly for cities, revenues from vehicle taxes and licensing fees would decrease dramatically.

Many manufacturers and suppliers already access a wealth of vehicle data to improve or refine their cars and services, and possibilities for other players abound. By using vocal commands or miniature holographic waiters, for example, restaurants could offer menu options and preordering for hungry lunchtime travellers.

The potential for greater connectivity stretches from today’s increasingly common data links between individuals and the hardware of their vehicles to future offerings of preference-based personalisation and live dialogue, culminating with cars functioning as virtual chauffeurs. Our surveys indicate that 40% of today’s drivers would be willing to change vehicle brands for their next purchase in return for greater connectivity.

Insurance is one sector that could benefit. Much of the value of more advanced forms of connectivity would arise from the diminished risk of insuring a driver (through, say, sensors able to detect driver fatigue).

In the future, of course, both car owners and riders in passenger vehicles will need to be convinced of the value of new offerings—particularly those commanding a price. They will also need assurances that the data they are increasingly willing to share are secure. Meanwhile, companies will have to organize themselves around new, customer-centric business models and be open to partnerships, particularly with digital giants and innovative start-ups.

Global sales of EVs surpassed the one million mark (1.3mn) in 2017, and we forecast that sales could rise to as many as 3mn vehicles in 2020. More than 20% of all potential buyers now say they would consider an EV for their next purchase.

In several markets EV sales have doubled annually with the help of plentiful subsidies and regulations that encourage adoption. Norway is one example of how fast the transition can happen: EVs soared to 32% of car sales, from 11%, in just four years, 2014 to 2018. China, with its car-clogged urban areas and a broad selection of vehicles at lower price points, has taken the global lead in sales—which increased by 72% in 2017—and looks set to remain on the up.

Keeping electrification on this growth path will require an aggressive pace of manufacturing gains and innovations, particularly as governments seek to wind down subsidies. We estimate that the manufacturing cost gap for the average EV is currently $8,000. If today’s technology trends continue, battery costs will decline by 50% by 2030—a big deal, since batteries represent one-quarter of today’s EV cost premium.  As the gap narrows, more companies will gain the confidence to step up investments in native EV platforms. That will both provide for higher-performing vehicles, which are more attractive to consumers, and encourage cross-model platform sharing, which gives Internal Combustion Engine production its cost edge.

Ridesharing’s market share is still comparatively small; in the United States, the largest providers together account for only about 1 percent of total vehicle miles traveled (VMT). Using your own vehicle is still the cheaper option for the 90% to 95% of US car owners who drive more than about 3,500 miles a year.

Even so, ridesharing is primed to accelerate. Globally, $55bn has been invested in the ridesharing industry in the past seven years. The U.S. now has approximately 10 metropolitan areas that generate $500mn or more in yearly ridesharing revenues, and compound annual growth rates are north of 150%. Perhaps most significant, data suggest that ridesharing’s most important demographic—urban adopters—are fundamentally rethinking their attitude to car ownership.

Ridesharing companies can increase both the total number of trips users take and the average number of miles per trip by providing shopping trips, deliveries, trips with children, group nights on the town, and shared commutes. Cost effective design improvements - adaptable and reconfigurable vehicle interiors that make rides more comfortable and more accessible - also offer a way forward.  Tapping those opportunities, indeed, can help put ridesharing on a trajectory toward 7% to 10% of VMT by 2030. Achieving just a 2% to 3% percent share of VMT would increase ridesharing revenues by almost $40bn.

The second great inflection point will soon be upon us, with its implications for not only executives in the automotive industry, but across the C-suite, becoming more and more clear.  The four trends outlined above - autonomous driving, connectivity, the electrification of vehicles, and shared mobility – are key to demonstrating how disruptions are shaping and transforming the business world of today and the future.