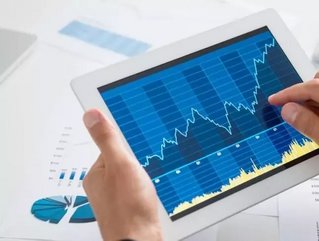 Just how important are tech jobs in Canada? One man in particular, Mediagrif CEO Claude Roy, is weighing in on the issue. After attending the Euro Pacific Canada Digital Media and Technology Conference in Toronto, Roy isn’t only sharing his views, but also explaining the consequences of selling out to the United States.

RELATED TOPIC: Some Canadian businesses going to new heights with the cloud

When it comes to the world of tech, Roy is no stranger. As the previous CEO of Logibec before the health care software company sold to OMERS Private Equity in 2010, Roy understands how important tech jobs—and jobs in general—really are for the Canadian community.

He previously commented to the cantech letter, stating, “I wish more people would think about that: If we keep selling our companies off to the U.S., where will our children work?

RELATED TOPIC: How smart is your smartphone?

Roy is proud to be in the tech industry; he’s also thrilled that all of the jobs he’s created or helped to establish have stayed in Canada—specifically, the Quebec area. For example, Mediagrif was first founded in 1996 and still resides in Quebec.

While selling a company off to the United States can often seem like a smart business move, as well as a great opportunity to make some money, it’s vital to take a look at the whole picture and not just the current situation.

As mentioned by Roy, it’s necessary to consider the next generation and ensure that quality jobs are available.

RECENT TOPIC: Discover ScoopMAE’s new mobile platform and why you need it for your business

It should come as no great surprise that jobs in the tech world are not only popular, but a leading force in the working environment. Therefore, it’s important to establish a range of options and then keep those jobs in the country. After all, there is a growing need for tech-related jobs—this need doesn’t show any signs of slowing down.

Furthermore, if more jobs consistently become available—in or out of the tech industry—the economy stands the chance of only growing and becoming stronger. Roy seems to be completely on point with his assessment—tech jobs are what's current in, so keep them coming and keep them in Canada!

RELATED TOPIC: Android apps are a tech advantage for your company