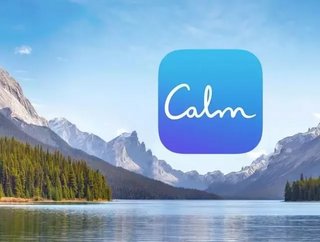 Calm, a mental health and meditation-focused startup, has reportedly raised a further US$88mn as part of its series B round of funding. The capital injection, which was led by TPG Growth, with participation from Insight Venture Partners, Sound Ventures (actor Ashton Kutcher’s venture capital fund), and Creative Artists Agency brings the total value of Calm to exactly $1bn. With this valuation, the San Francisco-based startup joins the 312 other startups to achieve ‘Unicorn’ status.

Founded in 2012 by entrepreneurs Michael Acton Smith, co-creator of Firebox.com and described by the Independent as “a polite version of Bob Geldof”, and Alex Tew, creator of the viral advertising website the Million Dollar Homepage, Calm’s goal is to help its users “cope with some of the most important mental health issues of the modern age including anxiety, stress, and insomnia.”

The company’s app provides services such as daily guided meditation sessions, and Calm’s Sleep Stories, “soothing bedtime tales for adults” narrated by the likes of Matthew McConaughey, Stephen Fry and Leona Lewis. Since its founding, Calm has grown to over 40mn downloads worldwide, with an average of one new user joining each second.

“We started as a meditation app, but have grown far beyond that,” said Acton Smith. “Our vision is to build one of the most valuable and meaningful brands of the 21st century. Health and wellness is a $4 trillion industry and we believe there is a big opportunity to build the leading company in this fast growing and important space.”

The $88mn will be used to drive Calm’s expansion into new languages and grow its team of 50.