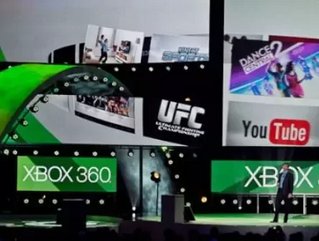 Microsoft held its own keynote speech at E3 on Monday to announce its eight new Xbox Live games built for the Windows Phone platform, available later this year, including four new titles exclusive for the phone. Additionally, Microsoft announced new features for the Xbox Live, including Live TV that adds live streaming television and voice-powered Bing searches. Cloud storage and new games is another addition to Microsoft’s press announcement this week at E3.

Kinect was another big player in the announcement today and will be part of EA’s popular sports franchises, including Madden, Tiger Woods, and FIFA.  Kinect Funlabs was also announced and will serve as a hub for Kinect design ideas and experiments, according to Microsoft’s Kudo Tsunoda. Developers, gamers, and hackers alike can share ideas for a common goal.

Gamers have been specifically interested in any announcements regarding Halo. Microsoft announced that it will be remaking the original Halo with better graphics and online gameplay (See the trailer below). The company offered a look at other games, including Modern Warfare 3, Tomb Raider, Kinect Star Wars and Mass Effect 3 – all using Kinect’s voice integration.