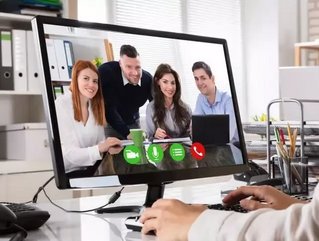 Skype has undergone a design overhaul as Microsoft looks to focus on simplicity and ease of use
Revisions over the past few years have already seen Skype readjust from being a predominantly video-centric chat client to having a more text-based focus, bringing it in step with the most popular messenger applications.
Skype’s monthly user numbers sit at 300mn against WhatsApp’s 1.5bn and Facebook Messenger’s 1.3bn, according to Statista, placing it fifth behind Tencent’s WeChat and QQ at 1.04bn and 806mn respectively.
Microsoft, in a blog post to Skype’s website, explained that Skype’s complexity had increased in tandem with wider functionality and that consumers have voiced concerns about usability.
“Calling became harder to execute and Highlights didn’t resonate with a majority of users. We needed to take a step back and simplify”, the blog post said.
This latest version of Skype has seen the removal of “Highlights”, a feature akin to “Stories” found on Instagram, Snapchat, and Facebook Messenger, which allowed users to upload images and short videos viewable to contacts for a 24-hour period before automatic deletion.
The core user interface has been boiled down to the essentials, with three omnipresent buttons immediately taking users to either their chats, calls, or contacts.
“Removing Highlights and Capture provides a cleaner and more efficient user interface (UI) that is easy to navigate while still providing all the functionality Skype customers want”, the blog continued.
See More:
Finally, Microsoft announced via the blog post, “This is only the beginning and you can expect many more updates over the next several months”.
The industry, nervous of data breaches, malware attacks, and weak security infrastructures, currently has a significant focus on secure messaging and encryption as consumers seek assurance of privacy.
Wire, for example, champions secure chat, file sharing, video and conference calls, and real time screensharing for corporate users, building a dedicated userbase through shared peace of mind.
Skype’s own encryption of Skype-to-Skype communications in all forms was introduced in January 2018 following historical concerns about the platform’s storage of information, according to Wired.
SkypeMicrosoftWhatsAppwire
Share
Share