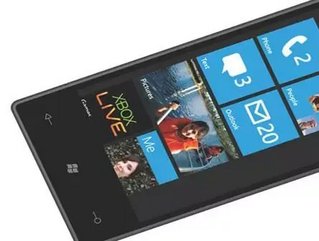 One of the latest trends in the smartphone world is Near Field Communication (NFC), which allows smartphone payments for retail goods. Users simply wave their phones in front of a specially-equipped cash register to make a purchase, sans a credit or debit card. Starbucks has already trailblazed the way by letting customers use their smartphones to pay for lattes and snacks so long as their phone is synced up with their Starbucks card.

Now Microsoft is joining the league of brands who are reaching out to NFC technology in its smartphones; Apple and Google have already been rumored in developing these technologies on their smartphone operating systems. News outlets have reported that Microsoft plans to include NFC in its new versions of the Windows Phone 7 operating system.

Apple has already hired an NFC expert and there are leaked patents floating around the web suggesting that the iPhone 5 would support the technology. Google released its first NFC-enabled phone last year and reports are out that they’re teaming with Mastercard and Citigroup for work on future Android phones.

Considering Microsoft has entered a partnership with Nokia, and Windows Phone 7 OS will be the default on future Nokia phones, it makes perfect sense. Nokia also made it clear last year that all of its smartphones would have NFC built into its devices. Smart move, Microsoft.