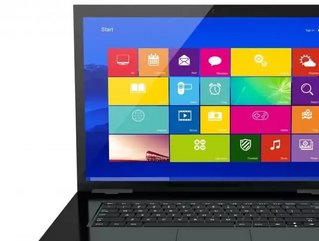 Microsoft has posed a new challenge to Intel’s waning computing dominance as it unveiled the first range of Windows 10 laptops that use chips of rival industry giant Qualcomm.

Despite Microsoft having become renowned for using Intel’s processors, the company is now attempting to capture a new audience that have been more inclined to purchase Apple and Android PC’s – computers that often feature Qualcomm’s chips.

The new PC’s will be equipped with Qualcomm’s Snapdragon 835 ARM-based processors that are now capable of running the Windows 10 operating system.

Chips that use ARM’s architecture offer sustained battery life with an inbuilt modem for LTE connectivity so that they don’t have to solely rely upon Wifi-based internet connections.

"In my day at the office, I walk around with one of these PCs and a phone," said Terry Myerson, Executive Vice President of Microsoft’s Windows and Devices Group, speaking to CNBC.

Although Intel remains a dominant name within the computing market, the company is expecting to see Samsung overtake it this year as the world’s largest semiconductor supplier for the first time since 1993.

And whilst the new Windows-compatible Qualcomm devices are in the very early stages, the move certainly poses yet another challenge to not only Intel but also AMD within the computing industry, whose processors have become the accepted standard for Windows PCs.