Microsoft Wants $15 from Your Next Samsung Android 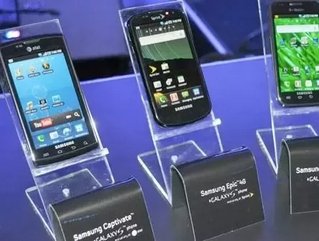 Microsoft has already demanded royalties from five different Android manufacturers because of intellectual property claims, but now the company is putting pressure on a sixth.

South Korean Maeil Business Newspaper reported that Microsoft has demanded that Samsung pay up to $15 for every Android-based handset it produces.

In recent weeks, Microsoft has settled with other smartphone makers, including Wistron, Velocity Micro and Itronix, claiming that the Google OS misappropriates some of the software giant’s patent technologies. In April 2010, HTC agreed to pay Microsoft a $5-per-handset licensing fee for every Android smartphone it sells.

According to a report by Mobiledia, Microsoft has made more money off the HTC deal than it has from sales of its own Windows phone.

“HTC has sold 30 million handsets for a Microsoft payout of $150 million…since the launch of its Windows Phone line in November, Microsoft has only been able to sell two million units, accounting for just $30 million,” said Mobiledia.

Even Barnes & Noble endured the wrath of Microsoft’s patent war. In March, the retailer was sued for patent infringement over its Android-based Nook e-readers. Barnes & Noble claims that Microsoft asked for double the going rate.

Samsung has not yet made an official comment, but is expected to seek a deal for $10 per phone in exchange for a deeper alliance with Microsoft for the company’s Windows Phone 7 platform.