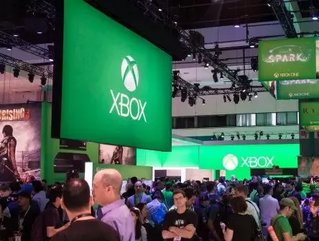 “Combining these teams will strengthen the connection between some of the world's most innovative creators and those building the Xbox itself. I am incredibly proud of the talented Xbox employees around the world and believe, like they do, in the power of technology to bring games and entertainment to life across console, PC, tablet and mobile devices,” Spencer said in a statement on the Xbox Wire. “It's been a remarkable year for Xbox and I am honored to lead the team at this incredible time for Microsoft and the games industry.”

Microsoft CEO, Satya Nadella made the announcement today and revealed that Spencer will be reporting to Microsoft operating systems executive Terry Myerson. Nadella also confirmed that former Nokia CEO Stephen Elop would join Microsoft as its Executive Vice President of the Microsoft Devices Group, which includes Xbox. This move, first reported last month, will become effective when the $7.2 billion Microsoft/Nokia deal closes. The change of management alludes to a greater emphasis being placed on the gaming division of the company in coming months.

“Our mission is to build a world-class team, work hard to meet the high expectations of a passionate fan base, create the best games and entertainment, and drive technical innovation,” said Spencer.

Spencer also hinted that Microsoft would have much more to share in a few months during the Electronic Entertainment Expo. “You will hear much more as we head into E3, but we are at the beginning of an incredible new chapter for Xbox and I can't wait for the days and years ahead. This is going to be fun,” he said.

SEE MORE: [INFOGRAPHIC] How we consume the Internet on a global scale