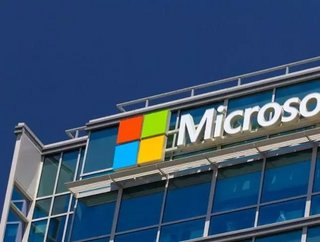 Global tech company Microsoft will be forced to cut around 1,850 jobs in its smartphone sector, as popularity of the devices reaches a new low.

The company stated today that 1,350 of these essential cutbacks will occur in Finland, where the mobile arm of Microsoft - acquired from Nokia - began. Approximately 25,000 employees joined Microsoft at that time, but in 2014, Microsoft was forced to cut 18,000 jobs - mostly related to the Nokia acquisition - due to struggling phone sales. A year later a further 7,800 employees were laid off, and the cost of the company's losses almost matched the value of the Nokia deal. In comparison to such enormous cuts, 1,850 further job losses seem almost paltry.

According to CNBC, Terry Myerson, Executive Vice President of Microsoft's Windows and Devices Group stated in an e-mail to employees that the cuts were "incredibly difficult" but the company needed "to be more focused in our phone hardware efforts".

The purpose of the Nokia acquisition, overseen by the previous CEO Steven A. Ballmer, was to transform Microsoft into a heavyweight mobile contender for Apple and Google. This miscalculation has proven to be one of the most costly endeavours in the company's history.

In Q1 of 2015, around 2.5 percent of smartphones shipped globally ran on Windows software; by Q1 of 2016, the figure fell to just one percent. Since relinquishing its mobile business to Microsoft, Nokia has gone on to become a successful telecommunications equipment maker, although since licensing its brand to Foxconn, it still plans to release further phones under the Nokia name.

Microsoft's current CEO, Satya Nadella, plans to have the company focus more on apps, including Office, which runs on iOS, Android, and Google. Its furture smartphones are more likely to be aimed at business customers, who have shown the most interest.