This month in tech: smarter cities 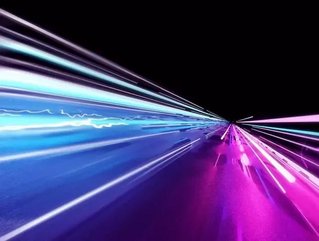 The term digital transformation is, put generously, a nebulous phrase. It can mean a doctor in Hainan province, China, performing brain surgery on a patient over 1,800 miles away in Beijing. Or it can mean that the accounting department all now have Gmail accounts. Digital transformations mean different things to different people at different times, and the term is constantly evolving alongside new technologies and rates of adoption.

Similarly, when the process is applied to the beating heart of Industry 4.0 - the urban environment - the descriptor is equally hard to pin down. Defined by the European Commission as “a place where traditional networks and services are made more efficient with the use of digital and telecommunication technologies for the benefit of its inhabitants and business,” the smart city can range from dog parks with motion sensor lighting at night, to urban environments patrolled by facial recognition-enabled security drones. With over two thirds of the world’s population predicted to live in cities by 2050, the smart city is on track to be the mold in which the future living conditions of humanity are cast.

In the US this month, several companies have announced or started work on projects that may prove to be instrumental to smart cities of the future. We check out some of the projects with the potential to change the face of American cities, and take a look at the rising trend of corporate-driven city planning.

With over 1bn people worldwide living without adequate shelter, one of the principal steps towards making cities smarter is providing their inhabitants with more readily available housing. Taking a bold step towards applying futuristic technology to age old problems is San Francisco design company Fuseproject.

Founded in 1999 by Swiss designer Yves Béhar, the company announced its latest project at the beginning of May. In collaboration with housing non-profit New Story and ICON, a construction technologies company, Fuseproject has reportedly created the world’s first 3D printed community.

At an undisclosed location in Latin America, 50 farmers will be provided with 3D printed homes, built in a mere 24 hours. In an interview with the New York Times, Béhar said: “You can shape the walls to have different functionality; you can create a shower stall that doesn’t have sharp corners,” Mr. Béhar said, adding that homeowners can specify a two-bedroom or three-bedroom plan and the exterior concrete can be tinted different colors “so it doesn’t become that cookie-cutter look.”

In a world where demands for modular, adaptable and rapid housing development is higher than ever, Fuseproject’s overnight town may be the tip of an iceberg being printed, one 0.4mm layer at a time.

A number of other startups are also seeking to use 3D printing to make every sort of infrastructure from stainless steel bridges to eco friendly mud huts. The quest for affordable, efficient housing is one that has also gained attention from Boring Company, SpaceX and Tesla CEO Elon Musk. In May 2018, Popular Mechanics reported on Musk’s plan to use hyper-compressed dirt - a byproduct of his Boring Company’s tunneling operations - to manufacture cheap bricks to be used as building materials. Back in 2018, Musk said: "We can actually sell the bricks for like, 10 cents a brick or something like that."

More recently, Musk’s Boring Company - famed for its prolonged exploratory excavations into the possibility of hyperloop travel under Los Angeles - has taken its next step towards maturity: a customer.

On May 22, 2019, the board of directors of the Las Vegas Convention and Visitors Authority voted to grant a $48,675,000 contract to the Boring Company to build a 0.83-mile, three-station version of the company's Loop mass-transit system inside of Vegas' sprawling, revamped convention center, which is currently under construction, reports WIRED.

The Loop system is made up of battery-powered autonomous electric 8-16-passenger  vehicles. The Las Vegas Convention Center system is planned to move passengers between stations at speeds of approximately 150mph, and will reportedly slated to transport at least 4,400 passengers per hour between the center’s new exhibit and south halls.

The potential benefits of hyperloop transportation in urban areas speak for themselves. In April, 2019, the New York Post reported that Americans spend an average of 19 full work days each year stuck in traffic. Musk, by comparison, has promised Angelinos fast, affordable transportation around one of America’s most congested cities. The future of the Boring Company as either the saviour of smart city transportation or, as some of Musk’s detractors suggest, a spectacular boondoggle.

In 1927, automotive magnate, manufacturing revolutionary and richest man alive - Jeff Bezos in an economy 11 years before federally mandated minimum wage - Henry Ford attempted to transplant the values and work ethic of a midwestern town to a tract of land twice the size of Delaware, deep in the Amazon jungle. In his book Fordlandia: The Rise and Fall of Henry Ford's Forgotten Jungle City author Greg Grandin tells the quixotic story of Ford’s attempt to impose “time clocks and square dances on the jungle. His intention was to grow rubber, but the project rapidly evolved into a more ambitious bid to export America itself, along with its golf courses, ice-cream shops, bandstands, indoor plumbing, and Model Ts rolling down broad streets.”

Ford’s project spectacularly collapsed - “as indigenous workers, rejecting Ford’s midwestern Puritanism, turned the place into a ribald tropical boomtown -forgotten (mostly) to history. The parallels drawn from it, however, may provide insight into the latest trends of smart city development.

According to an article by Nicole M Aschoff at the Jacobin, “nothing demonstrates Alphabet’s ambitious vision better than its recent move into the business of making cities. In 2017 Sidewalk Labs, formerly part of Google and now an Alphabet subsidiary, won the rights to develop a section of the Toronto waterfront. Under the direction of Daniel Doctoroff, a property developer and former deputy mayor of New York, Sidewalk Labs is hoping to build a new village called Quayside, pending approval of its Master Innovation and Development Plan.”

At the project’s launch, chairman Eric Schmidt described how Googlers had long fantasized about “all the things [they] could do if someone would just give [them] a city and put [them] in charge.”

Facebook and Microsoft have also been moving into the corporate value driven urban planning, with developments in Silicon Valley and Arizona. While cities of the future will no doubt be developed “from the internet up” and in collaboration with the world’s leading tech giants, the lessons of Fordlandia and other instances of corporate control over smart city design will, hopefully, be remembered.