Montreal&#039;s subway to get wireless network 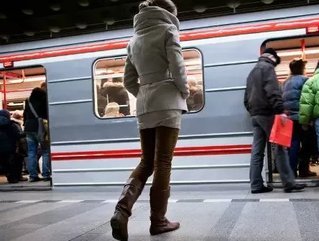 Citizens of Montreal are going to be a lot more productive on the subway, as its subway system is getting one of the most advanced underground wireless networks in the world. It will  be equipped with state-of-the-art technology that will allow passengers to use their cell phones, laptops and tablets.

The collaboration, announced on Wednesday, comes from four major telecom companies and is a $50 million project to provide wireless communication for the Montreal subway, including all stations and tunnels within seven years.

"The very same high-quality experience that you've been accustomed to above ground will be available underground," says Francois Gratton of Telus, which is co-ordinating the project.

Currently, there is no wireless communication access in the underground Montreal subway system, which services roughly 900,000 commuters a day.

The new system offers commuters the ability to text, watch streaming video, download music, and return emails as they travel through the city.

Using the latest wireless technology, including LTE (Long-Term Evolution) a system that bring faster internet service to wireless devices, it will fill a huge need and meet the rising demands from consumers.

"It's going to be one of the first deployments in the world for 4G LTE technology in a 100 per cent underground setting," Gratton said.

The service will be installed in two downtown stations by the end of 2013, with full operation within five to seven years, according to the companies involved with the project.