The most interesting uses for drones today 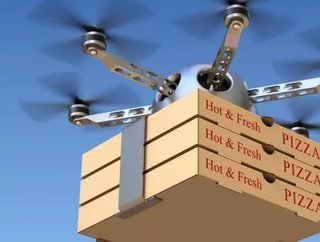 A branch of Domino’s is set to become the first pizza delivery service to offer drones as a delivery method.

The pizza giant conducted a demonstration earlier this week in New Zealand. Why New Zealand? With its small population and relatively flat landscape, the nation was one of the first to allow commercial drone deliveries where many others continue to struggle against prohibitive airspace rules.

While Domino’s is confident that drone delivery will become a regular service, the rule that drones must be kept in sight at all times could still prove restrictive, unless this changes.

Drone delivery in the United States will be legal at the end of this month, provided they do not cross state lines or over people. Until then, here are some of the novel uses for drones currently occurring or being planned in the rest of the world.

In June this year, Amazon announced that it would team up with the UK government to test small delivery drones with the view to take orders weighing less than five pounds directly to customers in less than 30 minutes. The service is not yet operational, but Amazon is confident that it will become used worldwide.

DHL was an early player in drone delivery. Earlier this year, it completed a three month trial of its Parcelcopter, which successfully undertook 130 autonomous delivery procedures in varying conditions. The Parcelcopter is set to become commonplace for DHL.

The oil giant is using drones to in some of the biggest energy plants in Europe, since the sector is so high-risk. Many accidents have potentially been avoided thanks to this innovation.

A drone has been developed which can catch poachers in African national parks using thermal vision technology.

Various TV companies are attempting to utilise drones for filming – however, this hasn’t always worked out well. BBC journalists have previously been questioned after breaching safety protocols, and three Al Jazeera reporters were arrested when their drone was spotted trespassing.