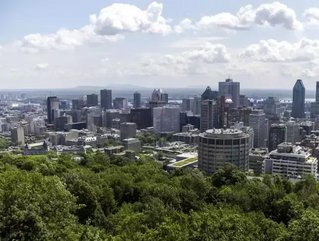 With Facebook having announced the opening of a new AI facility in Montreal a fortnight ago, and Samsung establishing its own lab, the Samsung Advanced Institute of Technology, at University of Montreal this week, leading experts in the field have stated that such investments may be detrimental to Canada’s domestic AI industry.

Yoshua Bengio, the head of the Montreal Institute for Learning Algorithms, one of the three key centres of excellence for AI across Canada, has stated that the increasing number of big tech names investing in the city may be stunt the growth of domestic firms.

Bengio expresses that many of the world’s largest multinationals setting up shop in Montreal will see much of the region’s talent be drawn away from homegrown companies.

“Although these large companies coming to Montreal are contributing to the ecosystem in a beautiful way, in a few years from now we will need to have Canadian companies really leading the pack internationally for Canada to really succeed in this,” he said, speaking to CBC.

Gabriel Woo of Toronto’s RBC Research Institute agrees, stating “You don't see them physically crossing the border but we need to keep guarding against what I feel is a more insidious kind of brain drain which is losing IP and losing wealth creation”.

The investments are beneficial to Canada’s economy for the obvious reasons of bringing job creation and more capital to Montreal, with Facebook offering a C$7mn investment to the local AI community.

However, without balance, Canadian startups and firms are unlikely to be able to compete with the likes of Microsoft, Samsung and Facebook in nurturing a AI sector in Montreal.