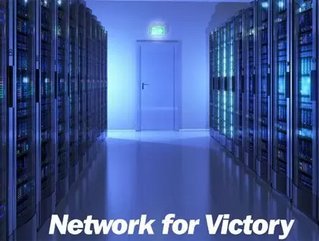 Rockefeller. Carnegie. Vanderbilt. Ford. The names are synonymous with great wealth, the Gilded Age of Industrialisation – and hard-core engineering skills. These were the men whose companies constructed America’s cities, built her highways and railroads, designed her automobiles and allowed it all to be powered with cheap fuel. And made many people very rich in the process.

The role of engineering is back in the political debate once more. As economists discuss the merits of investing in physical infrastructure to stimulate lack-lustre economies, we have all become unexpectedly familiar with such concepts as the shovel-ready project.

It’s an impressive list. A mixture to boost civil engineering, manufacturing and scientific research. But important, critical even, as these kinds of investments are, the future wealth of the country – indeed of any country – is becoming less dependent on the monumental transport networks and more dependent on the networks that transport mini-packets of information in the blink of an eye. High-speed broadband will deliver greater returns than high-speed trains.

Technology is, of course, already the source of current wealth, and when the history of the 21st Century is written, the men and women dominating the rich lists and the philanthropy records will be technologists rather than engineers. Of the Forbes Rich List for 2012, four in the top ten – including the two men at the top of the list – are from the IT and telecoms fields. More telling, of Forbes’ list of the 12 youngest self-made billionaires in the world, eight made their money from technology.

The message is clear: if you want to get wealthy, get into technology – and that applies to countries as much as it does to individuals and companies.

Let’s look at the numbers. In a report commissioned by EMC, analyst house IDC points out that the digital universe is doubling in size every two years. By 2020 it will have grown to a staggering 40,000 exabytes (that’s 40 trillion gigabytes) which represents more than 5,200 gigabytes for every man, woman and child. Put another way that’s the content of about 162,000 average iPhones for every person on the planet.

IDC also estimates that by 2020 as much as 33 percent of that digital universe will contain information that would be valuable if it were analysed. Only three percent of anything potentially useful is tagged at the moment, let alone analysed – extracting that value is going to be a major business.

Certainly, intelligent information and the insight that user data provides is the source of value behind current technology behemoths like Google and Facebook. In my field of e-commerce, information is cleverly deployed for highly effective personalisation and payment processing services by the likes of Amazon, and for simple loyalty schemes by more boutique online outlets, adding value that bricks and mortar can only dream of.

In fact, all kinds of consumer services from retail to banking to local government are improved by accurate, automated information about users and customers. In the B2B space, international finance, payments, trading, shipping and logistics are all heavily data dependent and rely on the technology to manage it, filter it, understand it and act upon it.

Technology is helping streamline all kinds of organisations, minimising waste, helping new ideas get to market quicker and with less risk, and driving huge efficiencies into formerly slow and sclerotic businesses. Clever use of data, applications and hardware indisputably improves the bottom line, and overall wealth with it.

There is a clear advantage for countries whose citizens are sufficiently IT-savvy to develop technology businesses and technology services; and so there are obvious benefits to investing in strong IT education for those citizens.

There is almost no area of life that technology will not touch – including those engineering projects which are both designed and managed by advanced computer simulations and analytics software. They also incorporate advanced technologies within the build themselves, to the point that the earlier distinction between engineering and IT could be considered disingenuous.

Take cars: Henry Ford made his money by telling the world that they could have an automobile in any colour as long as it was black. Today his factories have computers at every stage of the mass-production assembly-line he invented that construct, test and finish every aspect of final car that rolls out of the factory gates. Not only that but the technology deployed within the car itself will defy even the keenest of amateur mechanics. That’s before we even get to auto-driven cars, long a science-fiction fixture that is getting ever closer to becoming science fact.

In the meantime we will get electric cars. With their own highly sensitive sensors and meters, electric cars are a computing marvel. And they are set to become an integral part of new smart electricity grids, smart utilities and smart metering.

This is a technology area with huge growth potential. These smart electricity grids themselves are a singular form of computer network. Wireless communications, security protocols, semi-conductors, sensors, control pads, consumption management apps, diagnostics and analytics are all part of it – and all familiar from earlier WANs and LANs.

There are obvious returns to be had from developing technological innovations like these that the world is crying out for. Smart electricity generation and distribution, solar-powered water desalination and purification, and high-speed wireless communication networks are the future, and all are technology driven.

And so we come full circle, with infrastructure projects to enable critical services, facilitate commerce and boost economies. The only difference is that, as the financial centre of gravity moves eastwards and southern nations continue to develop, those infrastructure projects will owe more to technology than to old-school civil engineering.

The world is changing fast, and investing in technology is the only way to stay on track. The future is not so much shovel-ready as digitally delivered. Understand that, invest in that, plan for that. And create an economy that can develop real wealth.