Nintendo Unveils the Wii U at E3 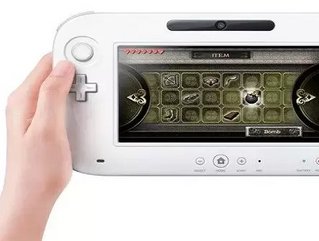 It’s the start of the Electronic Entertainment Expo (E3) and new tech is on the move. Part of the many unveilings to arrive this week is Nintendo’s announcement of their new console: Wii U.

Bringing video games to a new level, Nintendo announced that the Wii U will sport a new wireless controller that holds a 6.2 inch touchscreen display. Additionally, the built –in gyroscope and accelerometers will allow players to affect game play. Gamers will also be able to trash talk to their hearts content with the built in microphone and speaker. Paired with the traditional analog stick, d-pad, and A, B, X and Y buttons, this new Wii U controller is ready for the most avid of gamers.

"It is a fully functioning controller in terms of all of the buttons and input devices that any type of devleoper or any type of gamer would want," says Nintendo of America president Reggie Fils-Aime in a press conference.

According to USA Today, what’s even better is that the controller not only lets you play games on your TV, but also, it can be a separate gaming device altogether allowing users to play games separate from a TV display. The new controller allows for switching from regular game to portable play at ease.

The new controller has other uses as well, giving consumers the opportunity to browse the web and video chat.

Nintendo expects the new system to launch around April 1st, 2012.