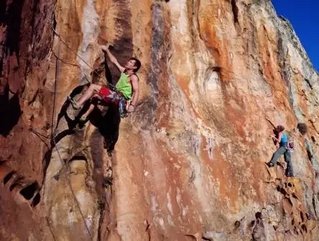 Nokia has just unveiled its 808 PureView smartphone—a high-end tech offering that smashes its 5- to 8-megapixel toting competitors with a 41-megapixel/1080p camera.

Even just in terms of sheer numbers, the PureView’s camera sounds phenomenal and may be just the attention-grabbing ace Nokia needs to regain market share from the iPhone and Google’s Android operating system. But it’s unclear just how much impact the PureView will actually inflict, considering the fact that Nokia has notably decided to power it with its Symbian Belle software, which PCMag.com analyst Sascha Segan described as an “awkward, decade-old OS that Nokia has said it’s phasing out in favor of Windows Phone.”

Some analysts believe that U.S. smartphone users anxious to get their hands on the PureView might be waiting in vain because the eye-opening camera is no match for Symbian’s unpopularity.

“The PureView 808’s Symbian Belle operating system might detract from its appeal to a broader market, where it deserves recognition,” said Ovum Principal Analyst Tony Cripps. “It’s a pity that Nokia was unable to combine the photographic prowess of the PureView 808 with the style of the Lumia 900. Such a device may well have been the first smartphone to truly deserve the title of ‘superphone’.”

The good news is that Nokia said on its blog that it will incorporate PureView imaging technology into other Nokia products in the future.

But what is it exactly that makes a 41-megapixel camera (and its accompanying Carl Zeiss optics system) so covetable?

“People will inevitably focus on the 41-megapixel sensor, but the real quantum leap is how the pixels are used to deliver breathtaking image quality at any resolution and the freedom it provides to choose the story you want to tell,” said Nokia Smart Devices Executive Vice-President Jo Harlow.

According to Nokia’s blog, the PureView is designed for camera enthusiasts looking for an elevated mobile photography experience.

“This combination isn’t about shooting pictures the size of billboards. Instead, it’s about creating amazing pictures at normal, manageable sizes,” Nokia says. “The technology means that taking typically-sized shots (say, 5-megapixels) the camera can use oversampling to combine up to seven pixels into one ‘pure’ pixel, eliminating the visual noise found on other mobile phone cameras. On top of that, you can zoom in up to 3X without losing any of the details in your shot.”

When you remove the camera from the equation, the 808 PureView is basically a standard Nokia smartphone with a four-inch, ClearBlack AMOLED display, Gorilla Glass screen, 1.3 GHz processor and 16GB of internal memory. The PureView is also equipped with Dolby Headphone technology that transforms stereo content into a personal surround sound experience that can be used with any set of headphones. Its massive specs require it to be bulkier than your average device, but it’s still relatively lightweight and according to Nokia, “remarkably pocketable.”