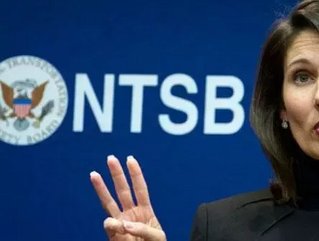 The National Transportation Safety Board (NTSB), an independent federal agency, has called for a full nationwide ban on the use of mobile phones while driving.

Citing data from distraction-related accident investigations collected over the past decade by the National Highway Traffic Safety Administration (NHTSA), the NTSB says that mobile devices, including hands-free and wireless headsets, provide drivers with distractions that put them at severe risk of accidents.

“According to NHTSA, more than 3,000 people lost their lives last year in distraction-related accidents,” said NTSB Chairwoman Deborah Hersman. “It’s time for all of us to stand up for safety by turning off electronic devices when driving."

Although the number of distracted driving deaths has gone down since 2009, the NHTSA says the decrease can be attributed to a change in the way it categorizes accidents. A NHTSA driver survey found that nearly half of the country’s drivers still use their phones for calls, and 10 percent still read text messages.

Toyota Fined by the US Government

The NTSB believes that the evolution of mobile phones and their increasing functionality will only heighten temptation for drivers.

“Every year, new devices are being released,” Hersman said. “People are tempted to update their Facebook page, they are tempted to tweet, as if sitting at a desk. But they are driving a car.”

Hersman said the NTSB puts distracted-by-device driving on par with drunken driving and that the agency understands that its recommendation will be met with criticism because distracted driving is more socially accepted.

This marks the first time a federal agency has called for a complete ban on cellphones behind the wheel; nine US states have banned hand-held phones and 35 have banned texting while driving.