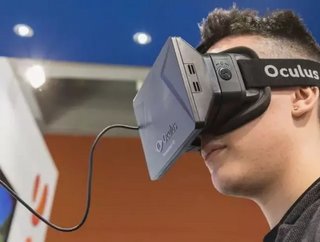 Six questions you might have about the Oculus Rift, answered.

The Oculus Rift is virtual reality software, developed by Oculus VR. It hit the markets at the beginning of 2016 and is popular within the gaming industry.

Users place the equipment over their head so that the lenses cover their eyes, enabling them to be escorted into another world.

Sophisticated technologies, with the use of integrated headphones ensure there is no blurriness or distortion, creating sharp, crisp 3D images and integrated audio.

3. What software has been used?

In order to run Oculus Rift, bespoke technology has been utilised, However, it is an accessible platform, increasing its versatility for users, with the eradication of license fees.

4. How has Rift technology become popular within gaming?

In addition to providing a complete sensory experience, Oculus VR have built a number of applications which complement the Oculus Rift, such as the Oculus Touch controller for Xbox One. The technology is commonly used in adventure games through its ability to enable users to track objects accurately within a virtual environment.

Since its launch, Playstation (under Sony) are set to launch their version of a VR headset, which is set to be released onto the market at the end of 2016.

5. What other industries are currently utilising the Oculus Rift?

Since its launch, the Oculus Rift has been utilised within several industries to support the development of various products.

The automotive industry are beginning to utilise Oculus Rift In the design of new cars for their customers, in addition to the construction and design industry, in which developments are supported through the use of the Oculus Rift, where designers can visualise what their proposals will look like.

6. What developments are in the pipeline?

The company are beginning to develop new projects for users to enjoy. The use of 3D in cinemas is not a new phenomenon, but Oculus VR are seeking to establish and develop the market through the creation of Oculus Cinema

The new technology will utilise the Oculus Rift and enable users to view films in what they would otherwise view with in live cinema environment, displaying wider coverage and sharper views, immersing users into another world.

However, the technology would not just be for a single user like a lot of technological applications, but could be utilised in a group environment, allowing individuals to watch a film together and enable them to virtually interact with one another throughout the film.