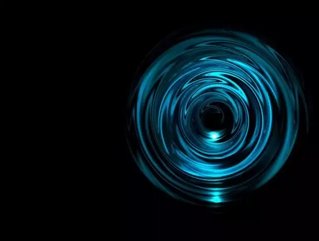 Citing the economic damage already inflicted by the COVID-19 pandemic in the US, OEA proposes that a simple method for recovering lost city revenue can be via the increased efficiency and accuracy of water usage measuring devices.

With both New York and Los Angeles predicting the loss of large sums of tax revenue, mitigating water utility losses with improved meters and monitoring systems in a city like New York (population 8.4mn) could yield profitable results.

Infrastructure for a smart city

OEA is managing to utilise cutting-edge cloud, edge computing, IoT and AI technology to quickly identify an issue, diagnose the cause and recommend a solution. The efficiency of the system is such that a repair costing only a few hundred dollars could save thousands.

“Commercial water meters can lose accuracy by more than 10% per year. If you can find this loss quickly you can capture a huge amount of revenue,” said Dave Mackie, OEA’s’ founder and CEO.

“Now more than ever, it is important for cities to recover as much revenue as they can. Every nickel saved is necessary for the health of cities and their communities.”

Excitement for the company’s platform intensified in late-February when OEA managed to raise $9mn in a Series B funding round. This has led to a nationwide expansion programme, with OEA hoping to play a critical role in the US’ rejuvenation.

"We believe Olea’s technology is going to play an outsized role in ensuring the health of the water sector over the coming decade,” commented Mike Cormack, Partner at Renewal Funds, which led the investment.

“For the past decade, Renewal has actively supported water technology entrepreneurs and we are thrilled to be partnered with the team at Olea.”

At the heart of OEA’s platform is Google’s cloud, which stores the gathered smart data from IoT equipment used to measure water meters and renders it available for analysis.

The equipment itself is a mixture of cameras, vibration-detection sensors to detect the flow of water and rotational sensors to track a meter’s movement. Edge computing capabilities facilitate analysis at the source, even in difficult conditions.

“Olea Edge Analytics lets cities instantly measure under-billing from meters that may have been under-charging companies in the past.”