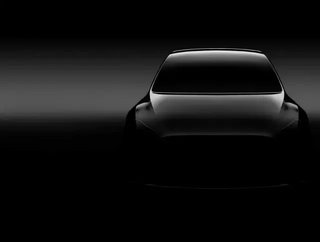 One week from now, on March 14, electronic vehicle manufacturer Tesla will unveil its new Model Y compact SUV at a special event in Los Angeles. Company CEO Elon Musk made the announcement via Twitter on Sunday. With seven days to go before the unveiling, speculation and excitement are running high.

According to previous tweets by Musk, the Model Y will be approximately 10% larger than the company’s Model 3 sedan, with a correspondingly shorter range. Musk announced that mass production would begin at the end of 2020. He also noted that production costs for the Model Y would be considerably lowered by the fact a large number of Model 3 parts will be used in its construction, according to Fortune. Sitting between the Model 3 and Tesla’s full-sized SUV, the Model X. While the Model X retails for just shy of US$80,000, the

In 2018, Tesla experienced a record year selling over 245,000 units, more than almost every previous year, reaching back to the founding of the company in 2003, combined. Sales of the Model 3 represent over half that figure, with sales reported by CNBC as exceeding 145,000.

However, in order to sustain this growth and market share, it is vitally important Tesla enter the SUV and light truck space, a market with outsold sedans and other cars in the US last year two to one, according to Forbes. “The compact SUV segment, in particular, is attractive as sales grew by 12.6% to 3.56mn vehicles in 2018, making it the largest auto segment in the U.S. by far.”

Forbes predicts that the Model Y could eventually outsell the Model 3, as light trucks take over more and more of the market.