The ongoing success of Skype 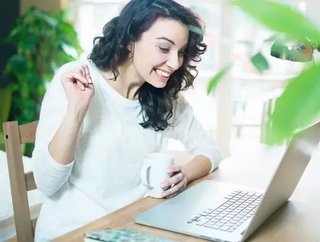 Launched in Europe back in 2003, Skype has become a core communication channel, supporting collaboration and key partnerships throughout the business world. With a focus on video chat and messaging services, with a microphone and camera incorporated within the technology, it has since been developed further by Microsoft, who bought the company in 2011.

Skype has become a vital source for communication for companies and individuals around the world, where it has been increasingly important for the technology to utilise different languages within this space. Skype Translation embeds vital translation services, enabling increased sharing. The translation service now houses over 10 languages, and has recently added Japanese to its list, alongside current languages English, French, Spanish, Germany, Italian, Russian, Portuguese, Brazilian, Mandarin (Chinese) and Arabic. Japanese will also be available on Microsoft Translator Live.

It has recently been announced that Microsoft has partnered with Michelin-star chef Heston Blumenthal to support and encourage users to develop their culinary skills. The company have named it the ‘Heston Bot’, which can “bring stories, recipes tips and experiments that will change the way you think about food. Forever.” The bot will enable the sending and retrieval of instant messaging and photos, something of which has grown in popularity over the last two years, in alignment with rising apps such as Instagram’s ‘Stories’ and Snapchat’s dominance over the camera messaging market.

Users will receive cooking tips and expert knowledge, alongside different meal options to try and make yourself, with the aim to get users passionate about cooking from scratch.  Blumenthal has said, "people will get a real insight into how I think and how I cook, and I hope everyone is inspired to experiment and have fun with my recipes.” Available on Windows, Mac, iOS and Android, the technology can be accessed on a range of devices and will inspire food lovers to experiment with different flavours and recipes.

Microsoft has said, “We hope our brand new Heston Bot inspires you to embark on a new culinary adventure— “questioning everything” (as Heston would say) as you grow both your cooking skills and love of food. To add the Heston Bot, simply search for “Heston Bot” in the Skype Bot Directory, read the bot’s profile and terms, and then click “Add to Contacts.”

Whilst originating cofounder and CEO of Skype Niklas ZennStrom has moved on from the Skype business, he is now investing in clean-tech start-up Orbital Systems, a water-saving company, which has reportedly built a shower, named OAS, which uses 90 percent less water than traditional showers. Becoming sustainable and providing advantages worldwide is something Zennstrom takes extremely seriously, of which he stated in an interview with Huffington Post, “environmental sustainability and economic success were not mutually exclusive, but in fact mutually reinforcing.”

The showers will recycle the same water repeatedly, which is filtered each time by an inbuilt purification system, reducing water and energy use significantly, whilst discarding bacteria which has been removed each time. Zennstrom has stated that “we’re seeing more and more young entrepreneurs building companies which aim to have a positive impact on the way we live, as well as being commercially successful businesses;” where it will be exciting to see how Orbital Systems develop further down the line.