Oracle strikes up a deal with TikTok 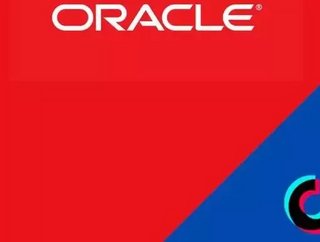 TikTok have turned to Oracle to save its U.S. business...

ByteDance, owner of TikTok, have chosen Oracle as their 'Trusted Technology Partner' in the U.S.- allowing it to avoid the looming threat of a nationwide ban on September 29th.

The move has caused Oracle's shares to jump in value by more than 6% on Monday morning, bolstered by strong rumour that Oracle will acquire a significant stake in the business as part and parcel of the agreement. The finer points of the deal are still under wraps.

Yesterday's announcement comes as a surprise to many as Microsoft had announced its intentions to purchase TikTok in Australia, New Zealand, Canada and the U.S on August 2nd.

“ByteDance let us know today they would not be selling TikTok’s US operations to Microsoft, “We are confident our proposal would have been good for TikTok’s users, while protecting national security interests. To do this, we would have made significant changes to ensure the service met the highest standards for security, privacy, online safety, and combatting disinformation, and we made these principles clear in our August statement. We look forward to seeing how the service evolves in these important areas.”

On the surface, TikTok and Oracle may seem an unlikely pairing but given the concerns raised by the U.S. Government over privacy and national security the Californian software giant could well be the logical choice moving forward.

Founded by Larry Ellison, Bob Minor and Ed Oates in 1977, Oracle has a long history with the U.S intelligence community, it's first client being the Central Intelligence Agency closely followed by contracts with the Navy, Airforce and National Security Agency. These days Oracle's database technology and Cloud systems are used by a whole host of organisations, from large financial institutions like Deutsche Bank, consumer electronics brands like Samsung to motor manufacturers, Mazda and Yamaha.