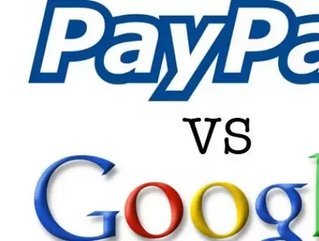 We just made the announcement that Google Wallet is coming to fruition, and what do you know? The program is already facing lawsuits. PayPal has sued Google and its two former executives over trade secrets regarding the new program.

According to the lawsuit, former PayPal executive, who now currently works at Google, Osama Bedier stole PayPal’s trade secrets and shared it with Google and other companies. PayPal also says that its former exec and current Google employee, Stephanie Tilenius, also violated her contract when she recruited Bedier.

“We treat PayPal’s “secrets” seriously, and take it personally when someone else doesn’t. So we made a decision today. We filed a lawsuit against Google and two former colleagues who now work there, Osama Bedier and Stephanie Tilenius,” says PayPal’s Amanda Pires in an official blog post.

It makes you wonder why PayPal would sue Google just mere hours after it made the announcement of Google Wallet. Perhaps PayPal is working on their own NFC technologies and similar apps, according to some insiders.

Maybe Bedier knew PayPal was already working on a similar app and took that information with him to his new employer. If that’s the case, PayPal may have some grounds to actual win this case. We’ll keep you posted.