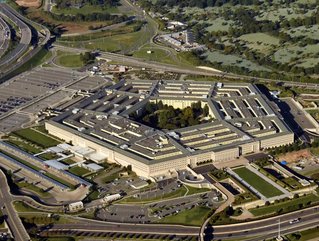 The Pentagon has cancelled the JEDI cloud contract with Microsoft, worth $10 billion after claims Trump interfered in the bidding process

The Pentagon has cancelled its $10bn JEDI cloud-computing contract awarded to Microsoft over Amazon, after allegations of interference by the Trump administration.

The US Department of Defence explained the contract no longer met its current needs due to the “shifting technology environment”, but did not mention the conflict between the tech companies.

"JEDI was developed at a time when the Department’s needs were different and both the CSPs technology and our cloud conversancy was less mature. In light of new initiatives like JADC2 and AI and Data Acceleration (ADA), the evolution of the cloud ecosystem within DoD, and changes in user requirements to leverage multiple cloud environments to execute mission, our landscape has advanced and a new way-ahead is warranted to achieve dominance in both traditional and non-traditional warfighting domains," said John Sherman, acting DoD Chief Information Officer.

The Joint Enterprise Defense Infrastructure, or JEDI, was awarded to Microsoft in 2019, and became subject to legal challenges almost immediately. Amazon Web Services, went to court arguing that the Pentagon's process was influenced by politics, and was flawed and unfair.

The Jedi system was designed to replace the DoD's old computer networks with one single cloud system, which would have hosted classified secrets and provided artificial intelligence-based analysis to the military.

Microsoft’s President of US Regulated Industries Toni Townes-Whitley commented on the cancellation of the contract: "It's clear the DoD trusts Microsoft and our technology, and we're confident that we'll continue to be successful as the DoD selects partners for new work."

“We continue to focus on the future – and on our customers. One contract has never, and will never, define our relationship with the DoD or any customer. Our decades-long partnership with the DoD will continue – and we stand ready to support our nation’s men and women in uniform as they address our national security needs,” he added.

Microsoft and Amazon will now be able to bid for the US military's Joint Warfighter Cloud Capability (JWCC) project, which is described as "a multi-cloud/multi-vendor Indefinite Delivery-Indefinite Quantity (IDIQ) contract."