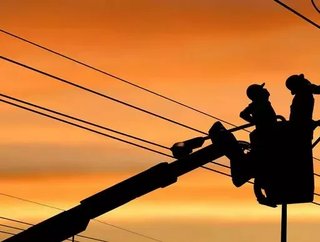 Tedious. If you ask electric utilities for one word on powerline inspection, that would probably be it. Time-consuming and expensive would probably also feature. Yet vital would be just as valid: there is no way to safely operate a transmission and distribution network without inspecting lines for damage or risk from factors such as vegetation.

So, tedious as it may be, this job isn’t going anywhere. But maybe we can change the adjectives that we associate with it. Alongside vital, perhaps we can add efficient, automated and even enriching. Those descriptions may not have applied historically, but today they are beginning to, and in the future, the sky’s the limit.

What is the future of powerline inspection automation? To understand that we need to first trace the practice’s trajectory through the past and present.

Historically, powerline inspection has been unavoidably manual. Teams would be dispatched to inspect assets in person, climbing poles, inspecting vegetation and covering tens of miles per day. For utilities operating smaller grids of 1,000-2,000km, this may be perfectly practical. But for their larger peers, it’s impossible to cover large distances efficiently in a short time without employing a small army of inspectors – and armies tend to be expensive.

Nevertheless, this was the only option on the table and some inspection is better than none. So, utilities had to be smart about prioritisation, based on field teams’ knowledge and experience which lines only just passed inspection last time? Which areas do we know have particularly aggressive vegetation growth? Where are the most important points on the network, operationally? This inevitably leads to subjective prioritization and decision making.

Later, ground-teams would be augmented by visual inspection by helicopter. Eagle-eyed inspectors could cover a lot of ground and point out areas of interest for further inspection from the ground. High-end cameras were used to capture images for later study, too.

Undoubtedly, this was a great step forward. However, the same issue remained: ultimately it was a manual process, still too expensive to practically gather the volume of information needed to truly monitor an entire grid, and the decision making was not fact-based.

The present of powerline inspection

For many utilities, the present still looks an awful lot like the past. But for forward-thinking grid operators, technology and capabilities are advancing rapidly in various ways.

For one, the possibilities for data capture by helicopter have expanded considerably. Human inspectors hanging out the side have been upgraded to a variety of cameras and sensor systems capable of capturing a wealth of data. In addition to standard (but ultra high-definition) cameras, you have technology such as thermal imagery to identify hotspots, LiDAR (light distancing and ranging) which can build a 3D map of the physical world, and hyperspectral imagery, which can use different wavelengths of light to identify plant species.

In the recent past, the size and weight of these items meant that helicopter payloads were limited in what they could include. To capture all of those data points would require several flyovers of the lines, changing the payload each time – an impractically expensive approach. As such, utilities again had to prioritise which data they would collect. For most, that is still the modus operandi, though the latest iterations of these technologies can now fit onto a single payload.

Another great leap forward in recent years has been the introduction of unmanned aerial vehicles (UAVs), or drones. Equipped with advanced cameras, aerial inspection drones can be used to supercharge the efficiency of ground inspection crews. To be clear, they do not match helicopters for range or breadth of functionality, but rather enhance the range and productivity of inspection crews by orders of magnitude, boosting both coverage, volume and quality of data capture.

And, really, data is what it is all about – or rather, the information derived from data is. An inspector peering out the side of a helicopter or up at a utility pole is essentially collecting data and information to inform decisions. It stands to reason then, that some of the biggest leaps in asset inspection come from today’s advanced data technologies.

It wouldn’t be tremendously helpful to capture reams of regular LiDAR, hyperspectral and thermal imagery only to dump it en masse into the lap of a human analyst. They would be overwhelmed. Insight comes from cross-referencing the various data streams using time and location stamps to build a single, coherent view of the network according to the different metrics – in other words, a digital twin. Imagine: LiDAR data shows a branch hanging close to a power line, hyperspectral imagery identifies it as prone to fall on top of powerline in high winds and HD imagery confirms the diagnosis. An inspector can virtually tour the grid, systematically review the critical spots and create work orders, then dispatch a team.

Nascent technologies today, such as artificial intelligence (AI) and machine learning (ML) are making the process even faster and easier by, for example, learning how to identify vegetation species automatically.

The future will be automated

First, we can expect digital approaches to become more entrenched and more useful over time. The digital twin will move from innovative new solutions, to the baseline from which decisions are made. New programs and applications will be developed to make fuller use of the data produced, and as the back history of data grows, AI and ML applications will become inherently more accurate and valuable.

We can also expect drones to become far more advanced. Today, regulations limit drone operations to line-of-sight. In the future, this will be relaxed, allowing drones to cover more ground. They will eventually operate largely autonomously, travelling between charging pads (perhaps integrated with distributed energy resources such as batteries and solar) and continuously inspect the grid without human control. This will greatly increase coverage of the grid and reduce intervals between inspections, ultimately creating even better data.

We can also expect integration with other types of data to enrich the picture for asset inspectors. An obvious candidate here is satellite data, which could supply high-level data across a wide area very quickly, complementing the granular data collected near the ground to enable change detection.

But broader integrations are possible too. Alongside asset inspection solutions, utilities also invest in technologies such as grid current and voltage monitoring, power quality analysis and fault management. It is easy to see how such solutions can be complementary: asset inspection data could provide context to a detected fault, for example; or frequent faults could point to a priority area for inspection for wild-fire prevention.

Ultimately, the future of inspection is automated, integrated and incredibly data-rich. Digital methods will replace analogue, fast processes replace slow ones, and a paradigm governed by scarcity will be replaced by one of abundance. It’s an alluring vision of the future, but for advanced utilities, the seeds for it are already being planted today.