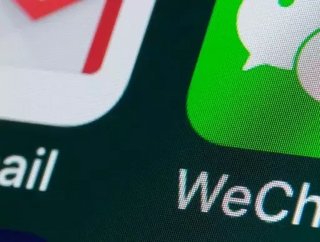 President Donald Trump has announced the implementation of a series of sweeping bans on US transactions with Chinese owners of WeChat and TikTok...

This move, the most recent in a series of political moves between the two countries as tensions have continually risen for the past few years, has escalated the conflict between the two governments, leaving sizable question marks hanging over the future of the global technology industry.

Trump announced the executive orders on Thursday, over a month after the administration announced its increased efforts to begin purging Chinese apps it does not trust from digital networks across the United States. The Trump administration accused Tencent Holdings’ WeChat, and ByteDance’s increasingly popular TikTok apps of being significant threats to US data security.

Despite Trump’s attitude towards the apps, Chinese officials have made a statement on Friday claiming that every company complies with the laws and regulations of the US, also warning that the country will “bear the consequences” of its decision to ban transactions.

The potential ban of popular short-form video app TikTok has been dominating headlines recently. US officials have national security concerns, with fears that the app is collecting data and providing it to the Chinese government on US citizens. Despite Trump’s decision to allow Microsoft until September 15th to complete a deal to purchase TikTok, the company is still “shocked” by the latest developments.

TikTok made a statement on Friday, saying “We are shocked by the recent Executive Order, which was issued without any due process.” The statement also added that the app would “pursue all remedies available to us in order to ensure that the rule of law is not discarded”.

Whilst the ban on TikTok threatens a number of content creators positions, and the personal lives of millions who have leaned on the app for entertainment, especially throughout global lockdowns, the potential ban of WeChat carries more weight.

WeChat has more than a billion users around the world, and compiles services such as those found on WhatsApp, Facebook, PayPal, Uber, and more in one place. These users depend on the app to remain connected with their families and friends whilst split apart by distance, something especially crucial whilst travelling the world is made difficult by the COVID-19 pandemic.

A ban on WeChat could be potentially catastrophic for businesses working in China, and devastating for people with family and friends still there whilst living or travelling in the United States.