The reason behind SunEdison's $2.2 billion purchase of Vivint Solar 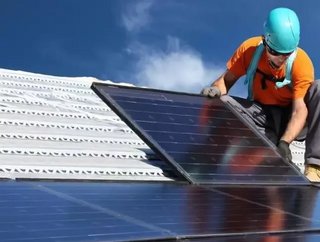 In a deal valued at $2.2 billion, clean energy company SunEdison Inc. agreed to purchase Vivint Solar Inc. to speed up its expansion.

Vivint Solar is one of the largest U.S. companies that installs solar panels on household rooftops, and news of the deal sent Vivint Solar’s stock up over 40 percent on Monday, July 20, according to Fortune. The company allows homeowners to lease its systems rather than buying them outright, resulting in an increase in popularity amongst consumers.

SunEdison shares were up 2.9 percent at $32.48, after touching a near-seven-year high of $33.44, on the New York Stock Exchange, according to Reuters.

The deal is the latest move by SunEdison to aggressively expand across the clean energy industry and it highlights the quickly growing market for rooftop solar panel systems.

Details of the deal

RELATED TOPIC: Where is the opportunity in a volatile energy market?

The acquisition requires approval by Vivint Solar stockholders and will face reporting requirements. The deal is expected to close in the fourth quarter of 2015.

The changing face of the market

As the market for home solar panels grows, it is sure to face increased consolidation, states Fortune. The source predicts that larger companies will continue to more effectively battle for valuable rooftops that can cost effectively go solar.

RELATED TOPIC: Vocation for Vets: How Renewable Energy is Stepping Up

Over the next five years, another 3 million new home rooftop solar systems are expected to be installed in the U.S.

“Companies that can raise large funds to pay for the installations of the systems and can spend a lot of money marketing to targeted customers will win out,” wrote Fortune. “The biggest companies are trying to expand vertically across the sector, adding on more types of businesses to lower their costs.”

For more information on the energy industry, visit our sister publication Energy Digital.