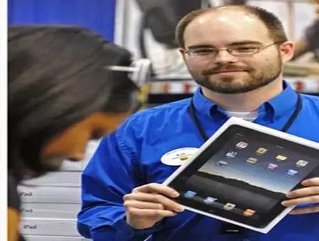 No one ever puts Apple in the corner. Or even, behind closed doors away from retail shelves. Best Buy is taking some heat today for the alleged mishandling of the sale of Apple’s iPad 2 that could make for a ban from the retail outlet to sell the device at all. With such a massive retailer as Best Buy, the banning of iPad 2 sales could be detrimental for both sides of the equation.

It all started when a “reader who works at Best Buy” reported to CrunchGear that the retailer was telling customers that they had sold out of the iPad 2 when in fact, they were holding onto the excess product since they had already reached a pre-determined daily sales quota. When Apple COO Tim Cook got word of Best Buy’s alleged foul sales play, he was rightfully disturbed of the happenings.

Apple fan blogs are also saying that the company has ordered a freeze on sales of the iPad 2 through Best Buy and other reports are saying that all of Best Buy’s back stock of the device has been taken off of the store’s inventory, except for demo models.

Since the iPad’s inception, Best Buy has been an important cheerleader and retail outlet to spread the word on the product and add to Apple’s revenue. Best Buy began selling the iPad 2 on March 11 when the device was first available to the public.

Who knows, maybe Apple will offer more products to the likes of Best Buy’s competitors like Fry’s and Target?