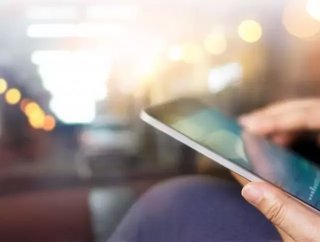 Bank of America Merrill Lynch estimates that US retail floorspace is down 10% since 2010, while department store sales are down 18%.

However, the decline of the iconic American shopping mall is only the most visible aspect of a far broader revolution that is upending the entire world of commerce.

Online-only purchases account for just over 10% of all US retail sales, but the share is growing quickly, according to Credit Suisse.

“The industry's taking its direction from the online consumer. We see more and more sales being by market places such as Amazon and eBay,” said Greg Tsirulnik, Chief Information Officer, Rubie’s Costume Company.

“We are heavily involved in all those market places. Ecommerce shopping is becoming more of a standard.”

Indeed, Amazon was responsible for about 44% of all US ecommerce sales last year, or about 4% of the country's total retail sales figure, according to data from One Click Retail, an ecommerce analytics provider.

Across the board, consumption patterns are evolving, especially among younger Americans who are much more comfortable with an online-only experience than their parents.

As these consumption patterns change, the impact on the US labour market is likely to be severe.

Goldman Sachs estimates that ecommerce companies only require 0.9 employees per US$1mn of sales compared with 3.5 for a bricks-and-mortar store.

However, whilst ecommerce is growing, many consumers still prefer to visit a physical shop to try on products, feel the quality of them and see how they look in person.

Even so, stores need to differentiate themselves to attract customers.

“Our retail stores are not just a retail store. We offer a variety of products, but there's also a lot of entertainment,” explained Tsirulnik.

“There's animatronics, items that are uniquely designed and exclusively for Rubie's, things that you will probably not find anyplace else. It's not just a shopping experience. It's a unique experience.

“I think the online industry's probably going to continue its growth. We'll have to adapt to that.

“I think elevating our in-store experience has already separated us from the rest, but I think that will be an even bigger trend.”

It is this kind of unique experience that will help Rubie’s, and others, thrive while many stalwart stores disappear.

From Sears to Toys R Us, the so-called retail "apocalypse" has already claimed some of the industry’s biggest brands.

At US$6.9bn, the downfall of Toys R Us was the third-largest retail bankruptcy in history.

At least 50 US retailers — including children’s retailer Gymboree, shoe store Payless and jean maker True Religion — have filed for bankruptcy last year, the most in six years.

Among the private equity owned retailers who have fallen into distress over the past decade are luxury goods brands including Barneys and Neiman Marcus, specialty apparel retailers such as J Crew and Claire’s, and the country’s largest pet suppliers, Petsmart and Petco.

Those that are bailed out of trouble may not make it back to financial safety. More than half of the largest leveraged retail buyouts completed since 2007 have either defaulted, gone bankrupt or are in distress, according to a Financial Times analysis.

Over the next two years, US$68bn of US retail debt will fall due, including more than US$20bn from companies that the rating agencies view as being below investment grade, according to S&P Global.

Despite this, there has been some good news for bricks-and-mortar retailers with US shoppers spending more than US$800bn in the holiday season, a 3.8% rise from last year, according to data from MasterCard SpendingPulse.