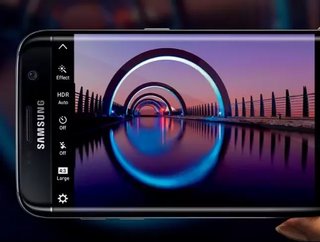 A Closer Look at the New Galaxy S7

The Galaxy S7 is the latest high-end Android phone that raises that bar for smart phones. According to Sam Gibbons of The Guardian, “It’s a well-crafted piece of technology.” Let’s take a closer look at this new phone.

Samsung has taken a phablet-style approach to the design of its latest smartphone. But at 5.5 inches, with a narrow round-edged frame, it is one of the smallest phablets on the market. These design changes make the Galaxy S7 easy to handle and comfortable to hold. Its smaller screen is perfectly fitted and pin-sharp with rich colors, deep blacks and a great range of brightness making it easier than ever to see in direct sunlight.

In the United States, the Galaxy S7 comes with Samsung’s Exynos 8890 octa-core processor and Qualcomm’s most powerful chip: the Snapdragon 820. Power is the name of the game with this new phone, allowing users to load programs, play games, switch between apps and process images with lightning speed. With 4GB of RAM, multitasking is a breeze.

The S7 features fast wireless charging, capable of reaching a 100 percent charge in just 90 minutes. It also has a long battery life and lasts over a day and a half. Its always-on screen uses less than 1 percent of the battery per hour, which is very impressive.