RIM Struggles To Compete With Apple and Android 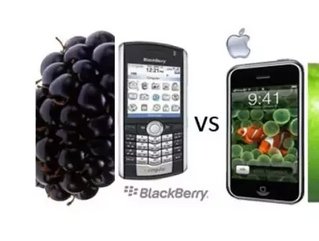 Google and Apple seem to be dominating the smartphone market, blowing any competition out of the water. The maker of Blackberry, RIM (Research In Motion Ltd), is struggling to compete with Apple’s iPhones and smartphones that run on Google’s Android operating system, which became relevant after the company announced on Thursday its earnings and revenue fell.

RIM, a Canadian company, said it’s been hurt by product delays and its stock fell nearly 15 percent in extended trading after the release of results for the last quarter, according to the Associated Press. RIM also said it’s cutting an unspecified number of jobs in an effort to cut costs.

"The existing portfolio of BlackBerry products has been in market for close to a year, and delivering new products has proven more challenging than anticipated," RIM Co-CEO Jim Balsillie said on a conference call with analysts, according to the Associated Press.

RIM, who used to dominate the corporate smartphone market place, is now having trouble appealing to consumers because it lacks the appeal that smartphones such as the iPhone or Droid have. Blackberry’s, which are known for their security and reliability as email devices, haven’t kept up with Apple’s iOS or Android software when it comes to running third-party applications, reports the Associated Press.

Balsillie also said that the launch of the company’s tablet computer didn’t go as well as expected. RIM’s playbook didn’t exactly get great reviews and the company only sold 500,000 of the tablets.

"The PlayBook launch did not go as smoothly as we had planned," he said, according to the Associated Press.

Mike Lazaridis, Co-CEO of RIM, said they understand that recent times have been difficult for shareholders and employees, but said he’s confident things will turn around, says the Associated Press.

"Everyone wants to have the newest and greatest device, and they don't have anything to sell right now," Taylor said, reports the Associated Press. "Their guidance shows they're basically not expecting new smartphones this quarter."