RIM Is In Talks For New BlackBerry Music Service 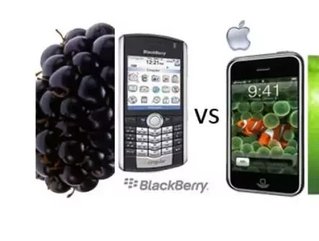 In the ever-changing world of technology it can be hard to keep up with consumer demands. People can’t wait to get their hands on the latest and greatest gadget, and in this day-and-age it seems like there’s a new device out every day that’s smarter, sleeker and chicer than the last.

With tech-giants such as Apple and Android dominating the marketplace, it’s getting harder for companies such as RIM (Research In Motion) to compete. Which is why this Canadian smartphone maker is in drastic need of a makeover or a new feature that will put it back on the map.

Multiple sources have said that RIM is in talks with the four largest record companies about launching a new music service to run on top of BlackBerry Messenger, reports CNET News.

According to CNET News, sources have also reported that RIM has signed a deal with at least one of the top-four record companies and is close to signing at least two others.

The major labels, which include Universal Music Group, Sony Music Entertainment, Warner Music Group and EMI Music, are excited to see new retail services and to continue to be involved with mobile devices, particularly smartphones.

For RIM, the deal signifies the company’s latest attempt to grow out of its stigma of being a tool only used in the corporate world – into a more full-fledged entertainment device, gaining attention of consumers and upping its competitive edge against the iPhone and Droid.

RIM is linking its new music service to BBM because it’s one of BlackBerry’s remaining critical assets. Plans for this music service emerge as RIM prepares for arguably the most important launch of BlackBerry’s in the company’s history. RIM is banking that it’s line-up, which includes the flagship BlackBerry Bold and a full-touchscreen and slider keyboard variations of the Torch, will be enough to restart the company’s growth, reports CNET News. A test version of the service could be rolled out within the next few weeks.