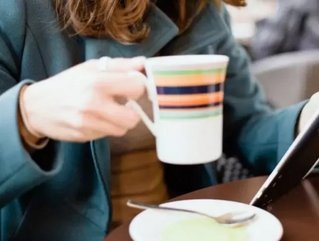 Second screen? More like first screen. Mobile devices have been competing with TV sets for more than a few years now and it's looking like they're going to ultimately win the screen wars.

eMarketer reported that 2013 was the first year in which American adults spent more time consuming digital media than watching TV. That was a big change in and of itself but today tablet uses are changing, too. Nowadays not only are people checking email on their tablets (and smartphones) while catching up on shows, they're ditching their television sets altogether in favor of something more portable. Don't expect to find a 50" LED TV in a Millennial's apartment. A new study from Deloitte found that teens and young people in their 20s are more likely to watch shows and movies on tablets, phablets, smartphones and computers than gathered around a big-screen TV.

Whereas once not owning a television set was a badge of honor worn by intellectuals there may soon be an entire generation of people who have never owned and will never own one. For them, TV is something you watch propped up in your lap or even held in the palm of your hand. Don't mistake changing habits for decreasing interest, though. There's still plenty to watch and plenty of people watching. The BBC found that nearly half of the 234 million video streams it recorded for February of 2014 were viewed on mobile devices. Only a quarter were viewed on TV sets.

Cable companies have been the clear loser in the screen wars. Cutting the cord is another way to say you're joining the 19% of American households that market research firm GfK reported are living without cable – which is something even diehard sports fans are now considering as cable costs go up and cable bundles become more packed and more rigid. Even new app-based cable subscription services can hardly compete with Hulu, Netflix, Amazon Prime and even networks streaming complete episodes of popular shows on their websites for free.

And thus the second-screen revolution ended and the mobile screen uprising began. Subscribing to all the three of the services in the above paragraph only costs a fraction of the price of most basic cable packages. Basic – or not so basic – cable requires a television, too. Streaming? Not so much, which means one less device to buy and eventually replace. You watch what you want when you want. And where you want. Watching on a tablet, laptop or smartphone means watching anywhere, from the comfiest living room recliner to the least comfortable commuter train seat.

Put that way it doesn't seem all that surprising that television sets are losing out to mobile devices where media consumption is concerned. There's something that just feels right about downsizing to a single device for work, life and entertainment, too. Studies show that nearly half of all American adults own tablets and more than half of American adults have a smartphone. Those figures are only going to go up, which is big news for marketers who need to figure out fresh ways to reach eyeballs glued to commercial-free streaming programming – and they need to do it fast.

They're not the only ones who have to adapt to the changes to how people and Millennials in particular are "watching television." Nielsen and the networks, too, are scrambling to find the right ways to analyze viewing habits across multiple screens. Don't be surprised to see the first mobile Nielsen ratings attached to the 2015 TV season – or to find that most people watching TV aren't watching a TV.