The rise of electric car manufacturing in the US 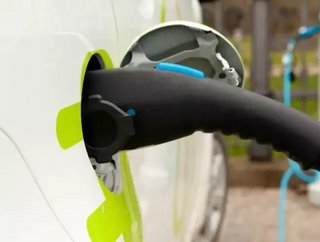 Business Review USA explores the relationship between America and electric vehicles, and whether the industry has the potential to expand

Naturally, general manufacturing trends have an impact on the electric car industry. While many electric cars are still made abroad, current trends and statistics clearly show that this industry is doing better than ever in the States. However, a question that is on many people's minds is whether or not improvement in this sector constitutes a comeback.

There are currently thirty-five electric car manufacturing companies in the United States. These include large, well known industries such as Tesla Motors, Chrysler LLC and American Honda Motor Co., plus lesser-known companies such as Zap Jonway USA and Electric Vehicles International. California has, by far, more electric car companies than any other state in America, which is not surprising considering the fact that it is also the largest regional market in the country. Other states that are home to two or more electric car manufacturing plants include Indiana, Florida, and Virginia.

Tesla is perhaps the best known electric car manufacturer in the world. While the company has only sold a measly 110,000 electric cars since 2008, its recently-announced Model 3 has already generated over $13 billion in revenue, despite the fact that production will not be completed until 2018. Tesla's image is almost certain to help the company stand out from the competition, even as competitors begin building electric cars that match Tesla's range.

Uber recently made waves by announcing that it has opened a facility in Pennsylvania to research the construction of driverless electric cars. It is clear why the company would make such a move; providing such cars to the public would cut costs significantly, thus increasing Uber's bottom line and customer base.

U.S. President Barack Obama's interest in energy-efficient products and services is well known. During his term as president, the U.S. Department of Energy has begun offering ATVM loans to qualifying car and car parts manufacturers who needed financial assistance to manufacture energy efficient cars. Both Nissan and Tesla have greatly benefited from this program, as it has enabled both companies to increase electronic car manufacturing and boost sales in the US.

President Obama's EV Everywhere Grand Challenge was launched in 2012 with the goal of bringing together America's best scientists, engineers and businesses with the end goal of drastically lowering the cost of buying electronic vehicles. The DOE is working on ways to significantly improve battery production, enable cars to run further on a single charge, and is researching cost effective materials for the construction of electronic vehicles. The end goal of these initiatives is to help car manufacturing companies build electric cars that are comparable in price to today's gas-powered vehicles by the year 2022.

Is it a comeback?

A growing interest in electric cars, be they regular cars or driverless cars, is likely to increase customer demand. Trends indicate that a growing number of companies are showing an interest in manufacturing electric cars, which could conceivably lead to businesses setting up manufacturing plants in the United States. However, it should be noted that many potentially large electric car manufacturing plants will most likely not be built in the country. Tesla's Elon Musk has already stated that he is considering building a new production plant in Europe. Google, which has been developing electronic driverless cars for several years, has put out job ads for operations managers and other manufacturing related positions; however, many of the listings require that applicants have experience working in Asia, indicating that the tech giant may be planning on manufacturing cars in an Asian country and then importing them into the United States.

Politics, which always has an impact on manufacturing, is currently not helping the electronic car industry. There is still a great deal of political gridlock which, coupled with the uncertainty surrounding the 2016 presidential election, is likely to discourage new manufacturers from starting plants in the United States at this time.

The US has much to offer as a manufacturing hub for electric cars. It has a large number of potential buyers, plenty of professionals for companies to employ, generous incentives from state and local governments, and even assistance from the Federal government. However, there are downsides to building electric cars within the country, and whether or not industry growth in this field will ever turn into a fully-fledged comeback remains to be seen.