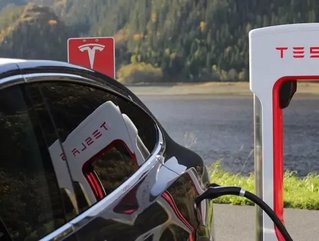 Tesla’s CEO Elon Musk has made a bold pledge – to put 1 million driverless ‘robotaxis’ on US roads by 2020.

Some experts remain sceptical about whether Elon can deliver his promise. If he does deliver, Tesla’s value could increase significantly, meaning now may be a good time to buy Tesla shares.

With Tesla’s share value currently at 228.9 (July 1st) it saw an increase of 4% recently, largely due to the analyst prediction of the electric car manufacturer doubling up the number of deliveries for its new Model 3 vehicle.

After his bold driverless taxi pledge, Musk may decide a stepping stone to achieving this goal could be to launch a human-driven ‘Tesla Network’ rideshare service, via the Tesla app. This would put Tesla in direct competition with existing rideshare services already available from Uber and Lyft.

Driverless cars, once the stuff of science fiction movies, could be a regular sight on US roads within the next few years, as big businesses ramp up their efforts to become the first to market. Uber demonstrated its own driverless car, the Volvo XC90 SUV at its recent annual Elevate summit. It will be conducting on-road testing of the new vehicle as early as next year.

Uber’s driverless fleet will have computerised breaking and steering systems, plus back-up battery power and a back-up system to stop the car if its primary control systems fail. driverless cars are already being tested on roads in Pittsburgh, but Uber suffered a catastrophic setback in its development of driverless technology, when one of its driverless cars was involved in a fatal accident in Arizona in 2018.
Most driverless car manufacturers are aiming to use LiDAR technology (Light Detection and Ranging) which will be combined with cameras and radar to navigate the roads. Not Tesla though, Musk claims the LiDAR technology is an unnecessary expense, and plans to use an eight camera system for a 360 degree view of what’s going on around the vehicle. Tesla also claims that in two years’ time it will be manufacturing cars that have no requirement for pedals or steering wheels.

And there’s another competitor in the race too. Waymo, originally Google’s driverless car enterprise, is now a standalone driverless car start-up, which is aiming to develop the ‘world’s most experienced driver’ and was recently valued at $100 billion.

There is one big hurdle that is yet to be overcome by all contenders though, and that is regulatory and Government approval. Electronic vehicles and driverless cars have met resistance and lobbying from many angles, from the Koch brothers battling against unfair taxes to the automotive retailers calling for a ban in direct sales.

Whoever wins the race to put robotaxis on the road, one thing is for sure - robotics generally, not only in automotive, is now a massive growth market, with experts predicting a threefold increase within the next decade. It’s an exciting time for the industry and presents a wealth of investment opportunity.