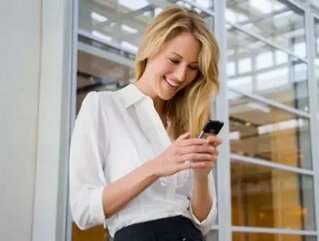 Rogers Communications announced yesterday its plan to launch a Long Term Evolution (LTE) network this year. Services will debut in Toronto, Montreal, Vancouver and Ottawa with plans to incorporate the top 25 markets in 2012.

"The world is moving to LTE and we're thrilled to be leading the way by bringing this next generation technology to our consumer and business customers," said Nadir Mohamed, President and CEO of Rogers Communications Inc., in a press release. "We're investing substantially to drive Canada's digital economy and we're excited to bring this platform for innovation to Canadians."

LTE will enable unparalleled connectivity as it is a next generation technology. Mobile broadband speeds will soon compare to what customers receive on their home and work computers. In comparison to current HSPA+ technology, customers will reach speeds up to three and four times faster allowing for peak download speeds to reach 150 Mbps and upload speeds up to 70 Mbps.

With LTE providing more usage capacity, customers will also be able to access the network at high speeds without affecting performance.

Ericsson, the world’s leading provider of technological services to telecom operators, will supply LTE technology for Rogers commercial launch. To do this Ericsson will deploy all 4G/LTE radio sites with its new multi-standard radio base station. This will upgrade and expand Roger’s existing network to support LTE technology.

"Ericsson has been a strategic, valued partner of ours for more than 25 years and we look forward to working with them to bring this next generation technology to Canadians," said Bob Berner, Executive Vice President Network and Chief Technology Officer of Rogers Communications Inc.

Rogers, overall, is excited to bring this new technology to its loyal tech-savvy customers. "LTE is the critical foundation to deliver a world increasingly being defined by connected experiences," said Mohamed. "With LTE, our customers can use their smartphones, tablets and laptops in ways they never before thought possible - LTE is the fuel that will power Canadian innovation for years to come."
Rogers CommunicationsRogersSmartphones4G LTE
Share
Share