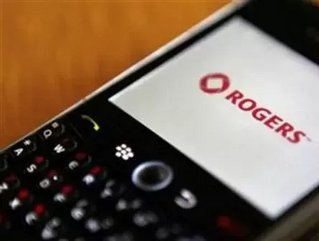 Rogers Communications announced today its launch of Canada’s first  Long Term Evolution (LTE) network in Ottawa. The network will also be available to Toronto, Vancouver and Montreal in the fall in addition to LTE-enabled smartphones from Samsung and HTC available later this year.

"Rogers' customers will be among the first in the world to experience this superior technology," said Rob Bruce, President, Communications, of Rogers Communications, in a statement. "This network will power the next generation of innovative products and services in ways we've never seen before. And it will be the backbone of Canada's digital economy as we continue to move from a wired to a wireless world. We're thrilled to welcome Ottawa - and Canada - to the future of fast."

An LTE network delivers better connectivity and better usage capacity to consumers. Rogers plans to expand its LTE service to an additional 21 markets by the end of 2012. Delivering higher speeds and lower latency, customers will receive a better mobile experience allowing for use of interactive apps, multi-player games and multi-media communications.

Rogers worked with Ericsson to build the LTE network, with technical trials held in Ottawa and Montreal last fall. Rogers is proud to add another first offering to their history of innovative new technology and commitment to investing in Canada’s digital future.

"Ottawa is proud to play a significant role in Canada's first LTE network, from the trials through to the launch today. This new technology is a significant step forward towards increasing the accessibility and enjoyment of high speed applications while enhancing the productivity and reliability of mobile communications for Ottawans," said Steve Desroches, Deputy Mayor of Ottawa.