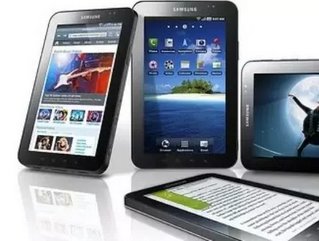 Samsung has unveiled a software update for its 10.1-inch Galaxy Tab in an effort to differentiate its tablet from the other Google Android devices currently in the market. The new software includes entertainment and enterprise features and Samsung believes the new software will make the user experience easier, more visually appealing and more entertaining. It also unveiled new features to appeal to business users, such as WiFi printing capabilities and secure remote network access.

"When we first launched the tablet, we promised our customers that we were going to delight them by ensuring the experience we deliver them helps them with work and with play," Gavin Kim, Samsung Telecommunications America vice president of content, data services and enterprise mobility, said during a press event in New York. "Today we're officially unveiling a major software update that takes that promise even further."

The software update includes a new "TouchWiz UX" user interface allowing the person to take advantage of the large tablet screen while allowing for multi-task and customization of the system. Other new features include a media hub with popular movies and next-day television content and preloaded apps such as the Amazon Music Cloud Player and Kindle.

"We've done a lot of research on what consumers are looking to improve," he said. "It follows along those three general categories, with ease of use and visual appeal, much more fun and entertaining and enterprise enablement. It's not intended to be intrusive but is intended to be helpful."