Samsung Steps Into Wearables With Smartwatch 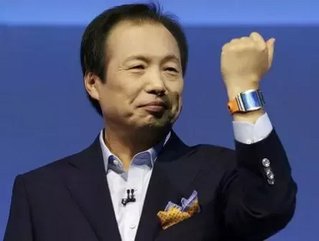 The world of wearable tech took a big leap on Wednesday as Sumsung announced the release of the smartwatch. The company hopes it will solidify its place at the helm of the consumer electronics market.

JK shin, a Samsung exec, showed off a tangerine-ish Galaxy Gear at the launch event in Berlin. It will come in six colors and have a camera.

The launch of Galaxy Gear comes at a pivotal time for Samsung. The incredible growth of the mobile communications unit of the company over the past few years has solidfied a 30 percent share of the smartphone market, compared to the 13 percent share by Samsungs biggest rival, Apple.

Even with leading the industry, the company still faces the same problems plagued by all smartphone makers as the market shifts. Samsung showed slower-than-expected profit growth in July which analysts assume is likely because marketing like the U.S. are becoming saturated making to harder to sell the most expensive, and profitable smartphones because the “cool factor” may not be enough to win over customers.

The tech giant has weathered this obstacle by using its manufacturing expertise to make a range of smartphones and tablets to appeal to multiple price points. This also helped Samsung to focus on developing the next big thing, a phrase the company had adopted as its promotional tagline.

Samsung has started placing its bet on the new product category of wearable technology. Nike caught this wave and produced the Nike FuelBand, and analysts have predicted that wearable technology could sell as many as 9.6 million units worldwide by the end of 2016.

This intro into wearable technology gives Samsung the change to appear on the cutting edge and helps it create a brand that could help it gain a loyal following similar to Apple.

The smartwatch works in unison with the user’s smartphone. A horizontal swipe takes users between features like notifications from you social networks or email alerts.

“Galaxy Gear users also will be able to accept phone calls on the watch, answering calls by putting their wrist next to their heads. There are speakers and a microphone in the clasp area of the watch. Gear also responds to voice commands, so users don’t always have to physically fiddle with the watch while placing calls,” according to the Washington Post.