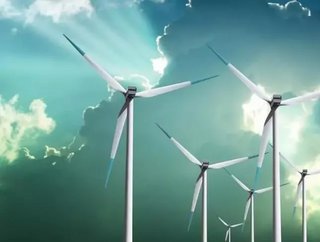 Is now the time for Canada to embrace renewable energy? The appeal of alternative energy sources seems to be growing. Today Saskatchewan’s utility provider SaskPower announced that it has set a new target to increase its renewable energy production capacity to 50 percent by 2030.

This would double Saskatchewan’s current renewable energy capacity, which stands at 25 percent—20 percent of which comes from hydro power, while the remaining 5 percent comes from wind power. According to SaskPower’s statement, the state has three new wind power projects in development which will deliver an additional 207 megawatts (MW) of power by 2020.

In addition to an expansion of wind power, SaskPower plans to invest heavily in utility scale solar power generation as well, starting a project in 2016 with the intention to add 60 MW of solar power. The utility will also encourage home solar generation through a net metering review, and will start looking into the potential for geothermal technology.

“An objective of 50 per cent renewable power by 2030 is ambitious, but I’m confident SaskPower can meet the target by taking an ‘all of the above’ approach to planning,” said Bill Boyd, Saskatchewan’s Minister Responsible for the Saskatchewan Power Corporation. “That means a major expansion of wind power augmented by other renewables, such as solar, biomass, geothermal and hydro, to go along with the world leading Boundary Dam 3 carbon capture project and more natural gas generation. This is the framework for a responsible clean energy plan that will reduce greenhouse gas emissions while ensuring Saskatchewan has a reliable, affordable supply of electricity for years to come.”