The science behind the North American energy industry [Part 1] 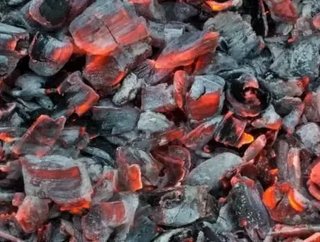 Note: This article first appeared in the May 2015 edition of Energy Digital

The North American energy infrastructure is dependent upon a variety of resources including fossil fuels, nuclear and renewable energy sources.

As reported by our sister site, Energy Digital, continuing technological advancements play a large role in the efficiency, safety and viability of available energy resources.

For the first part of our in-depth look at the science behind the energy industry, we focused on fossil fuels and the processes involved with each:

1. A hole is drilled approximately 1 meter in diameter before a steel pipe is then inserted
2. Using a drill bit or drill collar, a hole is cut through the rock (a drill string, which is attached to the bit, extends as the well becomes deeper)

[Related: An outlook on the current state of Canadian mining]

3. Once the hole is drilled and a steel pipe, or casing, is inserted; perforations are made to allow oil to flow
4. The reservoir is then sealed. A smaller tube provides a pathway for the oil to the surface

After the well is completed, an assembly of valves is affixed to the mouth to control pressure and flow. The petroleum is then distilled at a refinery to produce gasoline, kerosene and other chemicals used in consumer products.

1. The coal is broken down to manageable pieces (a sizer that ensures the largest particle size is less than 75 millimeters)
2. The coal screened to separate fine particles from coarser ones

[Related: Oil prices up 80 per cent in Alberta--What is the industry's current outlook?]

3. Beneficiation, or the process whereby impurities are removed from the coal, is next
4. A cleaning procedure is then introduced, helping to separate particles of stone from the coal
5. The final step charring, removes hydrogen and oxygen, leaving us with a primarily cabon-based product

Natural gas is most often discovered in subterranean rock formations, usually near or in conjunction with coal beds or petroleum reservoirs. After a well is drilled and the gas is extracted, it is processed to remove impurities.

[Related: Weak oil prices create disaster for the industry--How many jobs could be lost?]

Hydrocarbons and fluids must be removed to produce dry natural gas before it can be transported through major pipelines.

A variety of equipment is usually installed at the well to carry out these purification processes, from a low temperature separator for removing oil and condensates from natural gas, to a flash tank separator that can retrieve methane from the glycol dehydration process.

Click here to check out the latest edition of Business Review Canada!