Should California strengthen its clean energy partnership with Mexico? 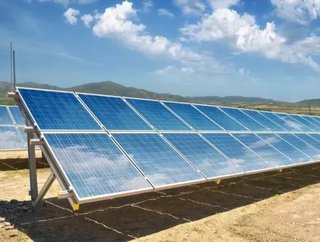 The Obama administration and the Environmental Protection Agency (EPA) recently made history with the announcement of a sweeping and ambitious Clean Power Plan. A major part of this plan is the submission and implementation of individual carbon emission-cutting goals for every state in the union. As states move forward with devising their own clean energy plans, should California start looking to Mexico for help?

As Oil Price reports, the new Clean Power Plan could make life difficult for a state like California that relies heavily on importing energy from all sources—including renewable energy—from other states like solar power from the Southwest and wind power from the Pacific Northwest. The potential for trouble for California could arise from these exporting states finding an incentive to stop exporting their renewable energy and holding onto the power they generate for use in their own state instead. While this would help those states meet federal requirements, it would put California even further away from their green energy goals.

RELATED CONTENT: Changes in taxation between Mexico and the US to be discussed

As the report continues, the problem that this situation poses could be solved by California strengthening its renewable energy partnership with Mexico in Baja and beyond. What was once a saturated market could become a golden opportunity if California’s current neighboring energy partners decide to reduce their exporting (or stop altogether):

California gets 25 percent of its power from renewable sources and is on track to meet its 33 percent renewable power target by 2020. Most of which is already accounted for. But with the Clean Power Plan coming hot on the heels of the emboldened Governor Jerry Brown’s new goal of 50 percent renewable power by 2030, California may need to diversify its suppliers, including cross-border sources.

With plenty of land and resources to ramp up production of solar and wind farms, Baja California could find itself in a unique position to supply energy to a California in need—and be rewarded with strong profits for the effort.

RELATED CONTENT: Where is the opportunity in a volatile energy market?

According to Oil Price, Mexican power companies have already begun supplying limited renewable energy to San Diego, but the right partnerships could see that energy exchange expanding throughout the state and even beyond to neighboring states:

“A failure to capitalize on opportunities for cross-border clean energy trade would be a loss for both the U.S. and Mexico. The United States and Canada have the largest integrated energy market in the world, increasing efficiency and renewable energy deployment on both sides of the border. The U.S. and Mexico have a long way to go but increasing renewable power exchanges would be a good place to start.”

With the Clean Power Plan taking effect in 2022, California has plenty of time to make plans for the future. It seems likely that those plans will involve trade and commerce with its neighbor to the south.