Sony Electronics leads the way in California for women in STEM 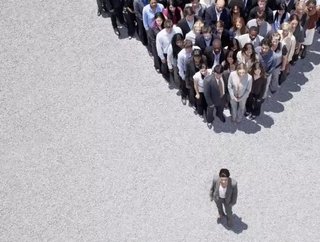 With Women’s History Month and International Women’s Day being embraced up and down the US recently, the issue of gender equality in the workplace has once more come under an intense spotlight.

In terms of pay, women in America earn 82 cents for every dollar earned by men, according to the US Census Bureau’s latest data.

While this marks an improvement from previous decades, the picture globally is cause for concern. On average, women earn 57% of what men earn and the World Economic Forum believes this gap will not close for another 217 years.

This situation is not helped by the fact that high-paid STEM industries are still dominated by a male workforce. According to figures released by the Office of the Chief Economist, women filled 47% of all US jobs in 2015, but held only 27% of those in STEM sectors.

One organization doing its utmost to address this trend is Sony Electronics. From its base in San Diego, it has become something of a regional hub for women seeking to advance careers in the various sectors its work permeates.

“It really is a national and international issue,” said Cheryl Goodman, Head of Corporate Communications at Sony Electronics in an interview with Business Chief. “But speaking specifically to recruitment and retention, which is one of the things that I drive for the North America market, is we have to not only recruit the best of the best, but retain the best as well.

“They are women, they do wear lipstick on occasion, they are more feminine, and it's important that we model that, illustrate that, share that, and promote that, because we know that if women and girls aren't exposed to their potential of what they can be, they simply will operate under what they've seen.”

Goodman praises the leadership of Mike Fasulo, President and COO of Sony North America, who fully buys into the evidence that shows businesses to be more profitable if they have a diverse workforce.

Sony Electronics itself is a case in point. For the third successive year it has scored a perfect 100 from the Human Rights Campaign Foundation in its Best Places to Work Corporate Equality Index.

“Sony headquarters becomes the hub for best practices and methods for women to live their fullest mission wherever they are, whether that's in Sony Electronics or is it down the street in a competitor's company,” Goodman added. “We like to hold the conversation, we like to curate the conversation, and lead and support that conversation.”

Whether it be through hosting events, involvement with organisations such as Athena San Diego or running its own mentoring programs and network groups like WAVE (Women of Action, Vision, and Empowerment), Sony Electronics practices what it preaches. This is also demonstrated by the fact that the company has a majority of leadership roles filled by women.

What advice does Goodman offer to women seeking to pursue or further a career in STEM?

“I would say that by and large that being a woman can be an opportunity as much as a perceived disadvantage. Number one is that your contribution level is more important than the color of your skin or your gender. Bottom line is the value that you add to the organization. When we hire we are looking for people to solve the problem with the skills that they have, regardless of what they look like, or what gender they are. So, it is about quality, it is about skill, and it is about contribution.”

To see the full interview with Cheryl Goodman, look at for the June edition of Business Chief magazine.