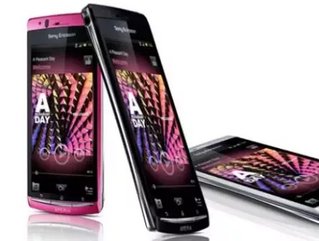 Sony Ericsson’s unlocked Xperia arc S and Xperia neo V are now available for purchase in the United States, for $549.99 and $349.99, respectively.

The Xperia arc S features a 1.4-gigahertz processor, a crisp and bright 4.2-inch screen and an 8.1-megapixel camera that delivers panoramic, high-definition photos with a 3D sweep.

On the slightly less expensive end, the Xperia neo V comes with a 1-gigahertz processor, a 3.7-inch display and a 5-megapixel rear camera that is also capable of shooting 3D panorama photos. It’s a praiseworthy lower-end smartphone that comes loaded with Google Talk with Video Chat to make the most of its front-facing camera and even allows users to shoot HD videos and view them on Reality Display or an HD TV.

Both Xperia phones come with Mobile BRAVIA engines and Android 2.3.4 Gingerbread, but Sony Ericsson promises that all of its 2011 smartphones will be upgraded to Android 4.0 Ice Cream Sandwich at a later date.

Although it has built a strong presence in the United Kingdom, Sony Ericsson has struggled with the smartphone market in the US. The US release of the Xperia line, made possible through an agreement with tech distributor and supply-chain service provider Ingram Micro, is an effort to expand the brand’s retail distribution and customer reach.

“Sony Ericsson’s Xperia smartphone portfolio represents a diverse line-up that not only capitalizes on the growing Android platform, but also fits the market’s need for greater manufacturer selection,” said Ingram Micro Director of Mobility Robert Garry, in a statement. “We’re thrilled to bring Sony Ericsson devices to our channel partners at a time when consumer demand for innovative smartphones is growing fast and converging with the business world.”

Fair warning—although they have been released on our shores, both Xperia phones are currently only available through the Sony Style online store. Sony Ericsson says that they will be available through other online retailers starting in early December.