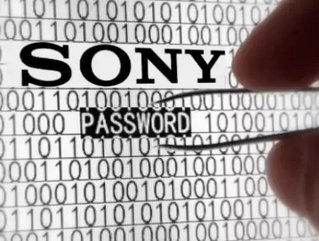 Sony just can’t keep its head out of the negative publicity, can it? It was announced that Sony suffered yet another security breach. The PlayStation Network and Qriocity music service is barely back online across the world. Hacker group LulzSec has attacked Sony Pictures and announced that they have broken into the website to compromise more than one million user accounts.  The group also took over 75,000 music codes and 3.5 million coupons.

LulzSec announced the attack on Twitter and on its website and said it didn’t have enough resources to copy all the data that it was able to gain. However, the group was able to open up databases that contain thousands of usernames.

The stolen accounts contain information such as passwords, email addresses, date of birth and other data necessary for a SonyPictures.com account. The PlayStation Network hack gained much more information, like credit card numbers, and this hack is equally destructible. LulzSec posted its own press release saying how easy this information was to steal, using a tactic called SQL injection. The group says, “Sony stored over 1,000,000 passwords of its customers in plaintext, which means it’s just a matter of taking it.” With all of the security issues Sony’s faced over the last two months, you’d think they would think of some better ways to secure and store their users’ data.

The hacker group recently defaced PBS.org’s homepage in retaliation to its “Frontline” documentary about WikiLeaks.