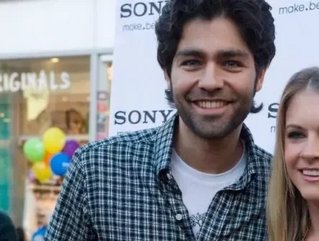 Check this blog out as it appears in our May Issue of Business Review Canada. Trust us, it's way cooler to read this article when you can flip through our user-friendly e-reader.

Sony has opened a new concept store in a Century City, Los Angeles. The store, located in Westfield mall, offers customers a complete and unique Sony experience. The philosophy of the new store is “open” to provide customers with an interactive and fun shopping approach.

Mike Fasulo, Sony Electronics executive Vice President of Sales Operations, hosted the exclusive event and press conference to share with celebrities and media alike what was in store for the Sony store experience.

On April 2nd, to the delight of new customers, Natasha Bedingfield performed songs from her newest album release Strip Me. Sony pulled out all the stops to introduce their new store to technology enthused customers. During grand opening weekend, the first 102 customers to enter the Sony store received a Sony Instant Play Pass and additionally were entered for a change to win one of 102 prizes that included Sony Internet TVs, Sony VAIO notebook PCs, Reader digital books, Bloggie cameras and more.

The store offers hands-on interactive experience with Sony electronics, games, movies, music, network services and future technologies. Sony plans to test innovative offerings and learn from customer feedback to continually evolve and improve the store. Customers are welcome to play with Sony Playstations, 3D TVs, Camera’s, and more to get up close and personal with the Sony products. This interactive approach has been widely successful for competitors such as Apple with their Apple stores.  At the end of 2011’s summer, it’s speculated the new Sony Honeycomb Tablet will also be a nice feature in the Sony store. Sony store’s interaction capabilities will easily lead customers to flock to the store for their exclusive access to interaction with the new tablet.

"Sony's goal is always to exceed customer expectations by providing an exciting, interactive and entertaining shopping experience," said Phil Molyneux, President and COO for Sony Electronics, in a statement. "Our new store concept gives shoppers an opportunity to interact with trained and knowledgeable staff as well as preview, test, compare and unlock the full potential of Sony's entertainment offerings."

The 4,200-square foot Sony store design is unique, a creation of architecture firm Klein Dytham. Featuring a store front with a pullback glass partition, the entrance, once pulled aside, becomes a literal window into the world of Sony.

The design captures customer’s imagination, beckoning them inside to access Sony exclusive technologies. The integrated and inspiring store promotes new experiences with products such as Music Unlimited and Video on Demand powered by Qriocity on display. Additional interaction with PS3 games and Sony 3DTV offers an elite experience.

The store also provides a place to learn about future and emerging Sony technologies and innovations. An example that will be seen in the Century City store is Sony’s RayModeler, a futuristic 360-degree display prototype that projects 3D images to be seen from all angles. Sony experts, Sony employees that are passionate about Sony and the sharing of insights and expertise, engage customers throughout the store.

“The new store in Century City is a significant step in building a blueprint for future Sony stores, both in the U.S. and around the world," added Kiyoshi Shikano, Global Sales and Marketing Officer, Sony Corporation. "In this store, Sony is eager to test innovative offerings and listen and learn from customer feedback. We will gather opinions so that we can continually evolve and improve our retail experience, both here in the U.S. and around the world. As Sony is increasing its focus on providing its customers with an integrated shopping experience that features all that Sony has to offer, from hardware to content to services, all of its Sony Style stores and websites globally will also be transitioning branding from Sony Style to Sony."

This new store will compete with similar retail technologies offered by competitors Apple and Microsoft. Apple store’s recent phenomenal success in selling the Apple iPad2 bodes well for Sony and its similar store offerings. Hopefully Sony, if successful, will follow in competitor footsteps and bring the new concept store to Canada in the near future.