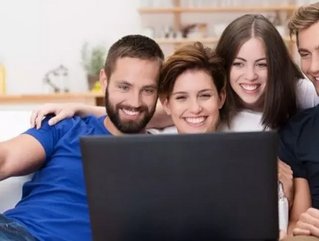 Today the newest Internet video company, Vessel, launched a beta trial period to its content partners and is scheduled to offer subscription plans to consumers by early 2015.  For $2.99 per month, Vessel’s subscribers will have exclusive access to new media for the first 72 hours.

The former Hulu CEO, Jason Kilar, is the brains behind Vessel.  Although at first glance Vessel might appear similar to Hulu, Kilar claims that his new company is planning to go after digital video creators and stars on YouTube.

It is estimated that currently most web video producers make an average of $2.20 per thousand views through posting their videos on sites such as YouTube.  Vessel claims that creators can stand to make approximately $50 for every thousand views.  In addition to 60% revenue from subscribers, creators who sign up with Vessel are promised to collect 70% of ad revenues as well.

Video creators who agree to work with Vessel must also agree to refrain from publishing their video on any free sites for at least 72 hours.

Kilar insists that Vessel is not here to replace YouTube and it only plans to be the distributor for online video producers.  Just as moviegoers pay significantly more to watch a movie in theaters, Kilar believes that similarly the YouTube-generation is willing to pay extra to have early access to online videos.

It is too soon to predict the future of Vessel however, if this company is anything like Hulu, Canadian business owners should seriously consider using Vessel as a means of reaching their online potential customers.