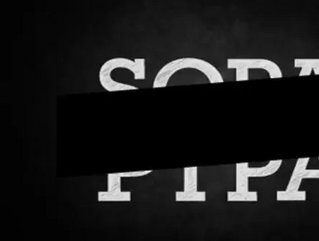 The looming threat of anti-piracy bills PIPA and SOPA caused a cyber uproar this week, as several prominent websites went dark and opponents around the world unleashed rage toward congressional backers of legislation that threatened the future of the Internet as we know it.

On Friday, it became official: SOPA and PIPA are dead—for now, at least.

Senate Majority Leader Harry Reid announced Friday that the Senate’s vote on PIPA, previously scheduled for Tuesday, would be postponed.

“In light of recent events, I have decided to postpone Tuesday’s vote on the Protect IP Act,”  Reid said Friday.

For his part, House Judiciary Committee Chairman Lamar Smith said that he is calling off plans to formally draft SOPA next month.

“I have heard from the critics and I take seriously their concerns regarding proposed legislation to address the problem of online piracy,” Smith said in a statement. “The House Judiciary Committee will postpone consideration of the legislation until there is wider agreement on a solution.”

SOPA and PIPA Battle Rages on: What Now?

Although SOPA and PIPA supporters have decided to hold off and regroup, this isn’t the end for the fight to stop web piracy. Both Reid and Smith have stated that they remain committed to the issue and want to find a reasonable solution.

“There is no reason that the legitimate issues raised by many about this bill cannot be resolved,” Reid said. “Counterfeiting and piracy cost the American economy billions of dollars and thousands of jobs each year. I’m optimistic that we can reach compromise on Protect I.P. in coming weeks.”

Chris Dodd, chairman of the Motion Picture Association of America and former Senator, expressed his frustration with the decision to postpone.

As expected, PIPA/SOPA supporters have been expressing relief in the glow of their successful efforts.

“We appreciate that lawmakers have listened to our community’s concerns, and we stand ready to work with them on solutions to piracy and copyright infringement that will not chill free expression or threaten the economic growth and innovation the Internet provides,” said a spokesman for Facebook, Inc.